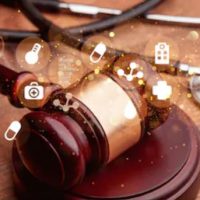 In New York, a judge upheld a $2 million verdict against a Syracuse doctor who was found guilty of injuring one of his patients. Further, the plaintiff in the case alleged that the doctor performed “assembly line medicine.”

The practice is so-named because surgeons will operate for ten hours in one day performing the most complex parts of a surgical procedure. They will then leave easier parts of the surgery to residents and other aids who are expected to sew up the patients and whatever else the surgeon doesn’t deem difficult enough to earn his expertise. The doctor then goes to another room and does that same thing with another patient.

Even those medical professionals say the practice is safe, some have held it up as an example of for-profit medicine doing more to harm patients than to help them. In this case, a jury unanimously voted to hold the doctor liable for his handling of a hip replacement surgery.

According to the plaintiff, the surgery was the seventh of fourteen operations he performed that day. In medical terms, the process of “assembly line medicine” is called staggered surgery. The plaintiff claimed that the doctor fractured her thigh bone during the surgery leaving her in chronic pain.

The judge ruled that staggered surgery, regardless of its merits or pitfalls, was not the reason why the jury voted in favor of the plaintiff. The judge said the main issue was whether or not the doctor fractured the woman’s thigh bone while performing the surgery.

The defendant also claimed that the testimony of the plaintiff’s star medical expert, an orthopedic surgeon himself, was speculative and the judge should have given the jury instructions to disregard the testimony. The judge again dismissed this argument stating that the plaintiff’s expert’s testimony was based on the evaluation of the x-rays in the case.

Statistically, it’s very difficult to make an argument one way or the other that staggered surgeries lead to a larger number of adverse results. The reason we know about staggered surgery is from a handful of adverse results that have led to medical malpractice verdicts in favor of plaintiffs. During the cases, the question of whether or not the doctor performed staggered surgeries is something that is brought to the attention of the jury. But it alone cannot form the basis of a valid claim against a doctor. In this case, presumably, the doctor performed 13 successful surgeries and made one critical error in another.

If you’ve been injured by medical negligence, the Tampa medical malpractice attorneys at Palmer | Lopez can help file a case for you against the doctor. Call us today for a free consultation.