62-Year-Old Woman Sues After Being Shot In Car Dealership 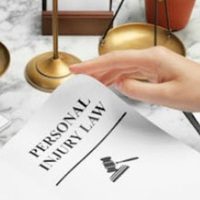 A 62-year-old woman is suing an Illinois car dealership after she took a bullet, according to a recent press release. The woman was ostensibly shopping for cars when a gun from another customer went off, striking the woman. According to the plaintiff, the company was negligent for failing to enforce a no firearms policy on their premises. Both the company and the customer whose weapon went off are named in the lawsuit. The customer is not facing charges related to the shooting.

Police investigators determined that the loaded weapon, which was stashed in the customer’s front pocket, was not discharged intentionally. However, it is unclear that your pocket is a good place for a loaded weapon with the safety off.

The dealership claims that the liability for the incident falls squarely on the customer who brought the weapon into their store.

Personal injury cases are sometimes tried on the notion that basic accountability should be employed by the jury to decide the case. However, some types of lawsuits challenge our notions of accountability and premises liability lawsuits, especially those involving negligent security, are among them.

Knowing and should have known

Premises liability lawsuits are filed on a theory of negligence. For a property owner to be liable for an injury, the injury must have been foreseeable. As an example, if someone spills their drink in Walmart and three Walmart employees pass the spillage before someone slips and falls, the plaintiff can claim that Walmart knew about the dangerous condition and did nothing about it. Nonetheless, the plaintiff is in a position of proving what the proprietor knew or should have known had they rendered ordinary care.

In this case, it’s unclear that the staff knew or should have known that the man was carrying a gun, so the lawsuit against the dealership may hinge on whether or not any of the staff spotted the weapon before it went off.

If the woman’s lawsuit against the dealership fails, she could try to sue the man whose gun discharged, but even if she wins, she may never see a dime of that money. Those without the means to repay debts can discharge them in bankruptcy.

If you’ve been injured inside of a retail establishment or on anyone else’s property, you may be entitled to recover damages related to your injuries. Call the Tampa personal injury attorneys at Palmer | Lopez today to schedule a free consultation and learn more about how we can help.