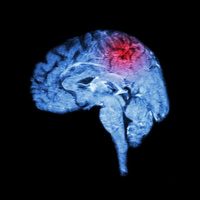 This is another lawsuit emerging from a university hospital. A man was awarded $7.5 million in damages after he suffered life-altering injuries related to a brain bleed. The man must now live the rest of his life in a wheelchair, he can no longer control his bowel or bladder, and he has paralysis on one side of his body. His wife, an oncology nurse, had to cut her hours to provide care for her husband.

The patient presented to the emergency room complaining of a headache that had lasted a month. He reported dizziness, headache, vomiting, and visual disturbances. Doctors performed a CT scan which showed a probable tumor. Further tests revealed that the man had a tumor on his pituitary gland. The man was instructed to follow up with a neurosurgeon in two weeks. But before that could happen, he was back in the emergency room complaining of worsening symptoms. The patient was discharged with medication and directed to return if the symptoms continued to worsen. They did and later that night, he was back in the emergency room.

A second CT scan revealed that the mass was growing rapidly and bleeding. He was told to follow up with the neurosurgeon. However, he was back in the emergency room again with a headache rated 10/10, sharp pain behind his eyes, and an inability to hold down food or medicine. Another MRI showed that the tumor had begun to hemorrhage. The hospital scheduled him for surgery the next morning. The next morning, doctors removed the tumor in “a piecemeal fashion”.

The patient showed massive neurological deficits in the wake of the surgery. Despite the fact that the patient was turned away from the emergency room several times, the hospital blamed the patient and his wife for failing to exhaust all administrative remedies and suggested that the problem might not be related to the tumor at all. Nonetheless, the University was hit with an insurance-maximum of $5 million and the state of Iowa agreed to pay the other $2.5 million.

The defense was a boilerplate response that could have been used in any medical malpractice lawsuit. With the state as the defendant, they agreed to pay the plaintiffs $7.5 million but refused to admit liability or negligence for the quality of care. Since the victim doesn’t care about such matters anymore and his wife needs the supplemental income to care for him, the plaintiffs took the money. However, the allegation that a Plaintiff’s injuries were caused by a pre-existing condition and not he alleged negligence is a frequently raised defense in a medical malpractice lawsuits. Likewise, Defendants often argue that the plaintiff contributed to and partially caused their own injuries by failing to act. In this case, the state offered no examples of how those defenses applied to the plaintiffs.

Palmer | Lopez represents the interests of those who have been injured due to medical negligence. Call our Tampa medical malpractice lawyers today to schedule a free consultation and discuss your case in more detail.