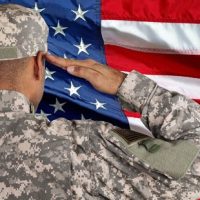 During the Trump administration, a loophole that allowed the U.S. government to avoid liability in medical malpractice lawsuits was closed. As a result, active-duty military and veterans can now file lawsuits alleging medical malpractice against the VA. While the new law was meant to prevent an accountability black hole from forming around medical services provided to veterans, the problem still persists. VA doctors are still not required to carry medical malpractice insurance, but soldiers are still being injured. As such, public funds are being used to pay damages in these lawsuits.

In one case, an active-duty soldier who was giving birth to her daughter via Cesarean section had a medical device left inside her body. The device was not discovered until three months later. According to the lawsuit, doctors left a 2.8 inch Alexis retractor in the soldier’s body after she delivered her baby.

Post-operatively, the patient appeared to be healing well, but she reported pain on her side and could not lay on that side comfortably while sleeping. During a 6-week postpartum checkup, the patient appeared to be improving, but over the next few months, her condition would begin to decline. It started with swelling in her legs. She went to the emergency room, but a doppler ultrasound failed to reveal the presence of the Alexis retractor. Despite ongoing pain, no images of the abdomen were ordered. She returned to the hospital 12 days later and the doctors still did not conduct imaging of the abdomen.

Over the next three months, the soldier’s symptoms would worsen. Her legs continued to swell and the incision on her belly began to show signs of distress. 109 days after the original surgery, doctors finally found that the Alexis retractor had been left in her body after her C-section. Eventually, she was flown from her naval base in Guam back to Florida where she continued to rehab. Over the next four months, she would endure considerable pain and be unable to eat food.

The plaintiffs say that the U.S. military has offered them at least two settlement offers, but they have rejected both. The first settlement offer was $150,000 which was kicked up to $200,000 shortly thereafter. The family is seeking $19.5 million for the level of negligence committed by the naval hospital in Guam.

In cases where a medical device is left inside of a patient’s body, the doctor really has no defense to the allegations. When you leave a medical device inside someone’s body, you have committed a surgical mistake that should have been corrected. The defense’s next move will be to limit damages to the extent possible. However, the woman suffered considerable pain as a result of the mistake and will likely never be the same again, so her damages are substantial.

Since the U.S. government is now paying out massive claims related to uninsured doctors, it is now probably time to begin requiring VA and U.S. military doctors to carry medical malpractice insurance so that the public doesn’t have to pay for their mistakes.

If you have been injured by a medical doctor, call the Tampa medical malpractice attorneys at Palmer | Lopez today to schedule a free consultation and learn more about how we can help.