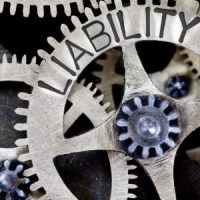 The death brings attention to the growing dispute between Hollywood’s movie workers’ unions and production companies. It also raises issues as to whether or not the production company cut corners and costs by hiring an underqualified worker during a work stoppage. If so, the production company will be held liable for the wrongful death. Gross negligence allegations are not outside the realm of possibility.

An incident in 2006 at the same set led to a personal injury lawsuit filed against Baldwin’s production firm. The lawsuit stated that an individual who was signed on as a gunfight reenactor fired a weapon dangerously close to a live music performer’s head causing permanent hearing loss. The gunfight reenactor was visibly drunk at the time and had his weapon visible. He was using the weapon irresponsibly when he fired it near the musician’s head. The lawsuit was dismissed with prejudice after the parties reached an undisclosed settlement amount.

Because allegations can be made against the company for cutting corners to save money, the negligence can be considered gross negligence on the basis of negligent entrustment. It’s a strong allegation to make, but could avail the grieving family of punitive damages against Baldwin’s company. Obviously, this will cost them a lot more money than hiring union workers.

If you’ve been injured due to the negligence of Alec Baldwin, his production company, or any of his employees, call a seasoned litigator who can make the most of your claim by fighting for the maximum settlement award. Call the Tampa personal injury attorneys at Palmer | Lopez today for a free consultation. We can help.