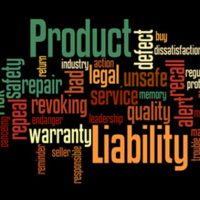 Should you be able to hold a flea market accountable for the actions of one of its vendors? If you said, “no”, then you’re in alignment with Amazon’s thoughts on the several lawsuits it has faced related to some of its products. Amazon believes that it should not be held liable when one of their vendors places a dangerous or defective product into the stream of commerce. For a long time, it looked like these lawsuits would be uniformly dismissed by the courts. But recent decisions seem to indicate that the judiciary is sick of Amazon not being accountable for its vendors’ products.

What’s the Difference Between Amazon and a Flea Market?

According to Amazon, there is no difference. However, products supplied by third-party vendors are stored in Amazon warehouses meaning that Amazon has substantial control over these products prior to sale. Amazon argued that they never took the “title” of the dangerous products that injured customers but instead provided a storage space for vendors.

A recent decision from the State of New York, however, dismissed Amazon’s claims that they were not liable and will allow the lawsuit to move forward. This is the latest in a series of major losses for Amazon relating to product liability claims.

Why Not Sue the Company that Manufactured the Product?

What Was the Defective Product?

In one case, Amazon allegedly sold a thermostat that caught fire resulting in damage to a home. The home owner’s insurance policy likely paid out the claim with the victims also potentially filing suit against the company that manufactured the thermostat. Amazon claimed that it could not be held liable for the defective thermostat because they did not exercise control over the thermostat. They were not the ones who manufactured it, allowed it to pass quality control, and then enter the stream of commerce. However, New York permits lawsuits against any individual company in the chain of distribution. Lawsuits in other states may not be as easy to file.

Amazon has seen record profits during that pandemic, a trend that is likely to continue as more people become comfortable with ordering online. In one lawsuit that Amazon lost, the company continued making a dangerous product available for sale even after several had complained about a fire hazard in the review section of their website.

If you’ve been injured by a dangerous or defective product, call the Tampa personal injury attorneys at Palmer | Lopez today to schedule a free consultation and discuss your situation in more detail.