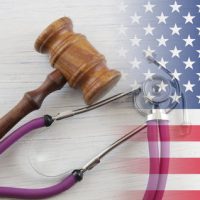 VA Hospitals have been targeted in the press for providing substandard care to their patients. They have also been targeted in an escalating number of lawsuits that are largely due to medical malpractice claims. Yearly settlements by the VA went from $98 million in 2011 to $338 million in 2015, a more than 300% increase in money paid out. While some of that number is due to construction settlements, the vast majority were malpractice lawsuits filed against VA hospitals.

Most troubling are the cases in which routine medical procedures resulted in unexplainable deaths, such as a Gulf War veteran who suffocated to death during a routine electroconvulsive shock therapy treatment for his depression and another veteran who died of internal bleeding after a routine gallbladder removal surgery was botched.

While cases like these are startling, mishandled surgeries happen every day.  Do VA hospitals present a greater risk to their patients than other medical facilities?

For those thinking this might be an issue of lack of funding or rundown facilities, there are many who assert that simply isn’t the case and that root cause of the VA’s problems is a cavalier attitude toward accountability. The payouts come from a taxpayer-funded judgment fund. Doctors and administrators are routinely awarded bonuses regardless of their performance. When the VA settles a lawsuit, there may be negative press, but disciplinary or financial punishments seldom result.

Additionally, there are reports claiming that the VA will routinely hire doctors despite poor prior results, medical malpractice settlements, or (at least in one case) having their medical license revoked by the State of Wyoming.

The aforementioned neurosurgeon went on to mishandle several surgeries in Iowa, despite the VA knowing that he’d had his license revoked in Wyoming. On top of that, the VA hired a psychiatrist with a history of sexual misconduct as well as a psychologist with multiple felony convictions.

While federal law prohibits the VA from hiring doctors that have had their licenses revoked in other states, that did not stop them actually hiring one. He was eventually forced to resign after the error was caught.

Unsurprisingly, an institution that lacks accountability for its medical professionals and staff also lacks accountability in reporting the dangerous circumstances under which their employees are fired. In November of 2017, lawmakers tore into the VA for failing to report those who posed a serious health and safety risk in their practice of medicine. This allowed them to get jobs at other hospitals where they continued to pose a risk to countless other patients.

While all of this data is troubling, the VA has seen an upsurge in the number of patients it services year-to-year. This factors into a growing number of verdicts and settlements paid out to malpractice plaintiffs. Data on whether or not a patient is more likely to be injured at a VA hospital is not available.

Have You Been Injured by Medical Negligence?

If so, you need a lawyer who will fight for your right to be compensated fairly. Contact Palmer | Lopez of Tampa Florida at 813-506-5651. We can begin discussing your case immediately.