As Payouts for Malpractice Rise, Fewer Cases are Successfully Litigated 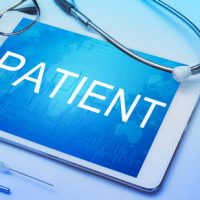 Between 1992 and 2014 the number of medical malpractice cases that have been successfully litigated has dropped 56%, according to researchers who have cataloged cases throughout that period. At the same time, the amount of payouts has increased around 23% with the average payout topping $350,000. These trends are believed to have been influenced by tort reform initiatives that have capped the amount of potential settlement damages a plaintiff can be awarded in a lawsuit.

Up until a recent Supreme Court decision overturned Florida’s damage caps, medical malpractice lawsuits were capped at $1 million for “catastrophic” injuries. The Supreme Court, however, ruled that the law was unconstitutional as it was written, and there has been no attempt by Florida legislators to rewrite the law so that it conforms with Florida’s constitution.

Other states that have enacted damage caps have done so under the belief that it will reduce health costs as doctor’s malpractice insurance is decreased, but with over a decade on the books in Florida, that never happened. Critics claim that it discourages lawyers from taking on malpractice cases even when their clients have a legitimate claim against a doctor.

There are certainly instances in which an unscrupulous patient has brought a suit against an otherwise competent doctor, but critics of tort reform believe that many legitimate cases are being weeded out by “screening panels” simply because the payoff isn’t large enough. While caps generally target “non-economic” damages such as pain and suffering or inability to enjoy the things a patient once enjoyed, these are considerations that should and must be taken into consideration by the courts.

This would certainly explain why payouts are up while successfully litigated cases are down.

Another potential reason why malpractice claims are down is simply that medical technology has become more sophisticated over the years. In recent years, the number one reason why patients filed suit against their doctors was due to a missed diagnosis. Diagnoses, of course, are still liable to human interpretation and human error. However, not every missed diagnosis rises to the level of malpractice.

There are many factors a doctor must take into consideration when making a diagnosis, such as the patient’s family history, ongoing symptoms, and clinical presentation.  As with any negligence claim, based on these previously mentioned and many other factors, the physician making the diagnosis must act within the acceptable standard of care.  Since not every mistake rises to the level of malpractice, a plaintiff needs to show that in their particular case that the doctor acted below the standard of care given all the information that was presented at the time of the diagnosis or should have been available had the doctor acted reasonably. This requires an examination of how the doctor came to wrong diagnosis.

Has a Missed Diagnosis Resulted in Injuries to You?

If so, you may have the basis for a successful malpractice suit. Let Palmer | Lopez of Tampa, Florida handle your case and we’ll see to it that you’re justly compensated. Reach out to us today for help.