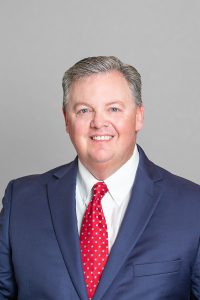 Martin Palmer is an experienced trial lawyer whose practice focuses on representing individuals and families in personal injury and medical malpractice cases. He is a former partner in the prestigious Fowler White and Banker Lopez law firms where he spent the first 10 years of his legal career. Mr. Palmer’s entire career has been spent practicing in the area of personal injury litigation. Mr. Palmer is the proud recipient of multiple awards for his legal work. He has been recognized in multiple publications as a skilled personal injury advocate. Each year, U.S. News publishes a list of the “Best Lawyers in America.” This listing is the result of nominations and review by other practicing attorneys. Mr. Palmer was first named as one of the Best Lawyers in America in 2008. Mr. Palmer has obtained that distinction each of the past 8 years and is proud to have been named once again in 2016. Mr. Palmer was also named a Rising Star in the 2009 and 2012 editions of Super Lawyers. Mr. Palmer has litigated and tried personal injury lawsuits in multiple venues across the state of Florida. Although his practice is geographically located in west central Florida, he has represented families and individuals from numerous counties across the state of Florida. Mr. Palmer is trusted by members of the community and other lawyers to handle the most difficult and tragic of cases. Over the years, he has represented hundreds of families and individuals in cases involving serious or catastrophic injuries and wrongful death. 2016 is no different with a large number of the firms cases involving wrongful death and life changing injuries. Mr. Palmer provides individual attention to his cases. This approach, combined with his 18 years of experience has led to exceptional results for his clients. He is admitted to practice in all Florida State courts and the Federal Middle District of Florida. Mr. Palmer is married with three children.