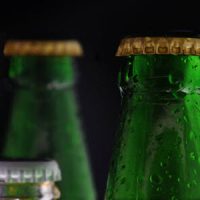 Two Tallahassee bars are being sued after a drunk 20-year-old hit a drunk 18-year-old with his pickup truck while driving home from a bar near Florida State University. The 18-year-old woman was walking home from another bar at the time of the accident. She is under the care of a relative now after suffering catastrophic injuries. The family has filed a lawsuit against both bars.

The bar that served the 18-year-old girl did not appear for their court appearance and a default judgment was entered against them along with the other bar. The second bar has since filed an appeal that the trial court unfairly rejected an argument of comparative fault that would have limited the second bar’s liability in the matter. At present, the two bars are being held equally liable for the matter and would be on the hook for a $28 million settlement to be split evenly between the two.

Lawsuits against bars and liquor stores are extremely difficult to win in Florida. The one exception is when the bar serves an individual who is underage. In this case, both individuals involved in the accident were underage. The victim was served at Bar #1 while the driver was served at Bar #2. Bar #2 appealed the default verdict and the matter is now being heard by the Supreme Court.

Comparative negligence is applied in all personal injury lawsuits in which there are allegations of negligence against multiple individuals/entities to apportion fault between the negligent parties. In this case, the judge decided that both bars were equally liable for the accident and entered the judgment on that basis. Bar #2 believes that Bar #1 is more liable than they are and that both patrons also share some of the liability.

On appeal, the appeals court ruled that the judge had improperly denied a hearing concerning comparative fault and remanded the matter back to the circuit court with instructions to allow arguments. The plaintiff has appealed that decision and the matter will be taken up by the Florida Supreme Court.

The decision will forestall the family from recovering money they would have been owed by the bars to help offset the cost of their loved one’s care. The Supreme Court will need to render a decision on whether or not comparative negligence arguments were appropriate in this lawsuit. The matter is largely technical and, for the defendants, it will keep the ball in play a little longer. It could also complicate the process of recovering damages. Nonetheless, the judgment against the bars is unlikely to be overturned.

Palmer | Lopez represents the interests of those injured due to another party’s negligence. Call our Tampa personal injury attorneys today to schedule a free consultation and we can begin discussing your next moves immediately.