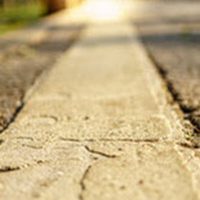 A Tampa woman suffered extensive injuries after she hit a broken patch of sidewalk on her Bird e-scooter. According to a complaint filed against Bird Scooters and the City of Tampa, the woman needed five hours of surgery to repair internal damage. She also required a second hospitalization and second surgery requiring 12 days in the hospital. The injuries, according to the complaint, are permanent.

A second element of the lawsuit involves the “tiny and unreadable” fine print in the rental agreement. The law requires any legally binding disclaimer to actually be legible. The tiny print still manages to fill 26 pages.

Two other recent lawsuits against scooter companies demonstrate the sorts of allegations you can make. One case involved a man who claimed his scooter was defective, failed to operate properly, and likely stopped suddenly resulting in his injury. A second lawsuit involves a man who tripped and fell over an overturned scooter laying in the sidewalk.

While it’s difficult for Bird to allege they aren’t responsible for a defective scooter (they are), it’s easier for them to allege that they’re not responsible for the sidewalks or what their users do with the scooters once they take control of them. In a suit like the one involving the overturned scooter, Bird would likely provide the contact information of the individual who left the scooter blocking the sidewalk and tell you to go sue them.

Meanwhile, scooters remain a nuisance for many residents who often find them lying on the ground in densely populated commercial areas that see a lot of foot traffic. Allegations have been made against scooter companies alleging that their scooters go too fast (up to 15 mph) for normal foot traffic creating situations where pedestrians are injured by passing scooterers. Bird generally refuses to pay in these cases arguing that they are not liable for the conduct of their customers. While you can sue someone for reckless use of a scooter, there is no scooter insurance to pick up the tab. So unless the reckless scooterer is sufficiently wealthy, an injured victim would have a difficult time recovering a sizable award.

Any successful personal injury lawsuit that alleged that scooters were intrinsically dangerous would also require them to be taken off the streets. If scooter companies could be held liable for the recklessness of customers, their business model would no longer be solvent. Plus, it would be a bit like holding a rental company responsible for a drunk driver. So, scooterer beware.

The Tampa personal injury attorneys at Palmer | Lopez file lawsuits on behalf of injured parties. Call today to schedule a free consultation and learn more about how we can recover damages related to your injuries.