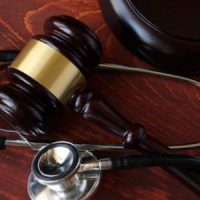 It was a story that made national headlines and sparked outrage from all corners. The parents of a young woman who was suffering from a physical condition with psychiatric symptoms was taken away from her parents after they failed to follow up with recommended treatment. They were reported to social services and their daughter was taken away from them. In a drawn-out court battle, the daughter eventually did make it home to her parents who filed a subsequent medical malpractice lawsuit against the hospital.

A Boston jury determined that the hospital had not erred in either reporting the parents to CPS nor in the treatment that they administered to the girl.

Parents Accused of Munchausen by Proxy

Hospital officials became concerned when the girl’s father demanded the release of their daughter and claimed that the hospital was holding her hostage. The parents believed that the hospital’s diagnosis of psychiatric problems was wrong and that their treatment of her was against their wishes. In a legal battle that pitted parental rights against the medical profession, it was eventually discovered that the daughter suffered from a medical (non-psychiatric issue) but also required psychiatric treatment. The parents were reluctant to admit that their daughter suffered from a psychiatric condition and the previous hospital also filed a report with CPS.

The parents maintain that they had to spend thousands of dollars in legal fees to regain custody of their daughter. The ensuing custody battle lasted 16 months. The parents were limited to one weekly visit and two 20-minute phone calls. However, attorneys for the defendants noted that those limits were imposed by Massachusetts DCF.

Now, many wonder whether hospitals have too much power and some parents are wondering whether their own medical decisions for their children could lead to those children being taken away. Much depends on whether or not the hospitals in question had probable cause to accuse the parents of deliberately harming their daughter.

When the first hospital to treat the daughter, Tufts, filed a complaint with DCF, they hoped to reach out to the family and resolve the situation amicably. Both parties said that the ensuing dialog was productive and led to a better result for the daughter. However, Boston Children’s Hospital took a much more aggressive approach and used all the legal leverage that they could muster to prevent the daughter from seeing her parents or allowing her parents to make decisions on their behalf.

Both sides accused the other of ordering unnecessary tests and endangering the girl’s welfare, but medical malpractice lawsuits have specific requirements that go beyond whether or not the outcome was the one desired. In this case, the jury determined that Boston Children’s rendered care that was in line with industry standard and found in favor of the defense.

If you’ve been injured by a substandard quality of medical care, call the Tampa medical malpractice lawyers at Palmer | Lopez today to learn more about how we can help.