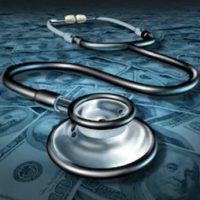 A Staten Island woman recently won a $10 million medical malpractice lawsuit against her provider after a botched hysterectomy left her incontinent, unable to have sex, and in chronic and severe pain, according to a recent article. The lawsuit alleged that the woman was left with a painful fistula, or an opening, that was leaking fluids from her bladder into her vagina.

The woman had delivered four children by C-section which had left her in chronic pain. She decided to have a hysterectomy to get rid of the pain, but ended up back in the emergency room shortly following the procedure. She reported “the worst pain she had ever experienced in her life” along with nausea, vomiting, and leaking. The woman was told her symptoms were normal complications of her hysterectomy.

The woman repeatedly attempted to get a hold of her doctor as her symptoms worsened. Her doctor continually told her to wait for her follow-up appointment. When the doctor finally did see her, he gave her medication for a urinary tract infection and told her she would be able to return to work within a week. The woman was at a board meeting when she urinated all over herself and had to leave.

The woman got a second opinion from a urologist who diagnosed a fistula in the bladder. The hole was repaired, but she continues to suffer problems related to her surgery.

This is a fairly clear-cut case of medical malpractice. You have a jury that found in favor of the plaintiff, a plaintiff who suffered catastrophic injuries, and a doctor who failed time and again to diagnose a post-surgical complication. So how can a doctor possibly defend themselves from these allegations?

In this case, he blamed complications related to the four C-sections the patient had prior. An expert witness retained by the defendant testified that the plaintiff’s C-sections likely resulted in the fistula. However, the plaintiff did not suffer post-surgical complications at the time, only after the hysterectomy. The multiple C-Sections, however, were blamed for decreasing the integrity of the bladder’s wall resulting in the fistula.

The plaintiffs were able to counter that information with two facts. Firstly, an expert for the plaintiff showed that there was no excessive scar tissue on the bladder prior to the hysterectomy, and even if there was, the doctor who performed the hysterectomy had failed to note it in his post-surgical report. Hence, if the doctor believed that the C-sections could have caused a complication, he would still be liable for not addressing that complication.

However, this gives you some sense of how a medical malpractice lawsuit will play out, especially when there are millions of dollars on the line. The defense will likely lay the blame anywhere but themselves, confuse the issue by bringing in past medical procedures, and even blame you for post-surgical complications.