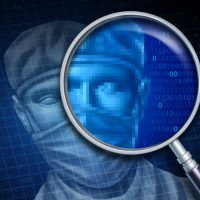 A Staten Island couple recently settled a lawsuit against a New Jersey hospital after their son’s leg had to be amputated after complications related to tonsil surgery. The family settled the suit for $12.5 million. The boy was 5 years old when the surgery took place.

In April of 2015, the boy was scheduled for surgery on his tonsils and adenoids. During the surgery, however, complications arose. The boy had to be resuscitated and doctors had to puncture both of the boy’s femoral arteries to insert a line. The boy was then placed on a ventilator in the pediatric ICU.

According to the plaintiffs, doctors should have continued to monitor circulation in the boy’s legs to ensure that the blood wasn’t clotting. Clots did develop in the boy’s right leg and cut off the blood supply. The leg became cold to the touch and began discoloring. Even as the pulse in the leg began to slow, doctors ordered no treatment to correct the problem. Twelve hours later, the leg was dead and there was no detectable pulse. The boy went in for emergency surgery but was later flown to Philadelphia where the leg required amputation.

The plaintiffs contend that, had the doctors acted sooner on the obvious signs that the leg was dying, the boy’s leg could have been saved.

Settlements of eight figures are fairly rare, but when a child is involved, defendants tend not to want to roll the dice in front of a jury. A jury could have come back with an award that was several times higher than the settlement figure.

The question then becomes: How do medical malpractice attorneys ensure settlements that are very high. The answer is by simply preparing the case so thoroughly that if it did go to trial, the defense would be taking a greater risk by not settling.

The problem for the doctors was that the leg was showing obvious signs of clotting prior to the decision to have an emergency surgery. The child simply fell through the cracks. The award reflects that the doctors appear to have dropped the ball on this case, and thus, damages were quite high.

The child now uses a combination of prosthesis and a wheelchair to get around. Until he stops growing, he won’t be able to get a permanent prosthetic. This has robbed the boy of a number of opportunities he may otherwise have, and he will have to live with the disfigurement for the rest of his life. It could also reduce his employment options. Hence, the damages in this case were as high as they were.

The structure of the settlement will provide for the boy’s medical needs into the future and ensure that he has access to technology that can help him walk.

If you’ve been injured by a negligent medical doctor or lost a loved one to the negligent practice of medicine, call the Tampa medical malpractice attorneys at Palmer | Lopez today to schedule an appointment and discuss your situation.