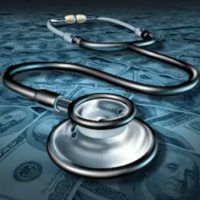 Prominent psychiatrist Keith Ablow, who is the author of several fiction and nonfiction books and a regular commentator on Fox News has had his license suspended after several young women, all of whom he was treating for depression, have accused him of having unprofessional sexual relationships with him. Female patients allege that Ablow lured them into sexually degrading relationships by fostering a dependency on him. His patients also allege that Ablow was into sado-masochistic sex and that he coerced one patient into getting his initials tattooed on her to show “ownership”.

Ablow is accused of abusing his position as a psychiatrist and leaving his patients unable to trust authority figures as well as feelings of shame, degradation, and self-incrimination. One plaintiff described the kind of sex that they were having saying that Ablow beat her and told her that he owned her.

Thus far there have been three medical malpractice lawsuits filed against Ablow.

Ablow has completely and entirely denied the charges against him. The complaints say that Ablow encouraged his female patients to place their trust solely in him and then plied them into humiliating sexual activities often during treatment sessions during which they were billed. According to one woman who had difficulty paying for her psychiatric care, Ablow advised her to become an escort since the pay was lucrative.

In addition to the medical malpractice lawsuits, three of Ablow’s former employees say that he sexually harassed them while they worked for him. They have sworn affidavits attesting as much.

While Ablow has continued to deny the allegations against him, one lawsuit was quietly settled under seal. The details of that settlement are not known as there is a non-disclosure agreement in place preventing the parties from discussing the matter.

Ablow used a controversial treatment option, one which is not medically authorized for depression: The date-rape drug Ketamine which also acts as an animal tranquilizer and is administered to patients who have serious burns. Ketamine is also abused on the street under the name Special K and when mixed with alcohol, can completely knock a person out. For that reason, some have used it to dope women in a bid to make them too bleary to refuse sex. Some clinicians do use Ketamine to fight chronic depression. Part of the problem with Ketamine is that it can become habit forming. Experts for the plaintiffs suggest that Ablow was conditioning his patients into becoming dependent on him.

An expert witness for the plaintiff contends that Ablow’s therapy sessions are counterproductive, anti-therapeutic, and constitute a “perverse misuse of his status as a psychiatrist.”

If you’ve been the victim of medical negligence, you don’t need to foot the bill for future medical expenses and can recover money for your lost time from work and pain and suffering damages as well. Talk to the Tampa medical malpractice attorneys at Palmer | Lopez today to set up a free consultation.