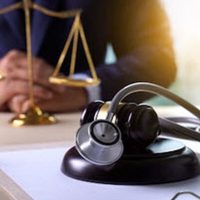 The Connecticut Supreme Court ruled that a prisoner who filed a lawsuit against the state department of corrections would not have his case heard in court. The ruling centered on whether or not the statute of limitations should be tolled in this case. Two lower courts had already determined that the statutory period had lapsed. The Supreme Court unanimously agreed with the state in this case.

The inmate, who died of cancer in 2015, filed the lawsuit himself asking permission to sue the Department of Corrections after he accused them of a delay in discovering the cancer that could have saved his life. The inmate died ten weeks later.

After the inmate died, the case had to be refiled as a wrongful death action, this time by the family. When the family refiled the case, it was outside the 12-month window that the state gives to those who intend to file a lawsuit against them.

The family attempted to argue that a different statute applied to this case, one that afforded the family a 2-year window to file. The court agreed that the two-year window applied, but it also said that the 1-year window also applied. The courts ruled on behalf of the state and dismissed the lawsuit. The family is now out of appeals.

Prisoners and their families have a right to sue the state if the state fails in its duty to provide care to the prisoners in its charge. However, the rules for suing the state are much different than the rules for suing just about anyone else. Not only is the statute of limitations in these cases shorter, but damage awards may be limited and the types of situations you can sue over are also limited. Those who take prisoners’ rights cases must be aware that different deadlines apply.

In this case, the family and their attorney failed to file the lawsuit in time, and now the incident is no longer actionable.

If you’ve been injured by a negligent medical doctor, call the Tampa medical malpractice attorneys at Palmer | Lopez today to discuss filing a lawsuit. Consultations are free. Call today to learn more.