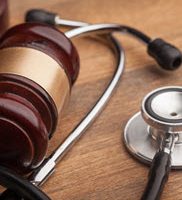 Florida’s reputation precedes it as one of the cosmetic surgery capitals in the world. While a steady diet of Florida citrus fruits and sunshine does its part to keep Floridians looking young, elective surgical procedures are quite popular here. Florida doctors perform more than two million cosmetic procedures per year. In Florida, medical malpractice laws apply to medical errors committed during cosmetic procedures the same way that they do to other kinds of medical treatment.

Typically, it is the most extreme examples that make the news. Reinaldo Silvestre caused serious injury to several patients in Miami in the late 1990s. The errors he made when doing breast augmentation surgery ranged from making incisions in the wrong places to using the wrong kinds of anesthetics. Worst of all, Silvestre never even held a medical license in the United States. In 2006, Jinette Bernal, a patient who suffered injuries as a result of surgery performed by Silvestre, received $4.6 million in damages. Silvestre was sentenced to a prison term.

More recently, several patients have brought complaints about Dr. Osakatukei Omulepu because of injuries they received during a procedure known as a “Brazilian butt lift.” The procedure consists of removing subcutaneous fat from other parts of the body, such as the abdomen, and implanting it into the buttocks. One patient, Lattia Baumeister, died during the procedure. In total five women have died as a result of Brazilian butt lifts performed by various cosmetic surgeons in Florida. Many of the victims had traveled from other states to have the procedure done, and some had even come from outside the United States.

Whether it is an emergency medical treatment or an elective cosmetic surgery, the issue at the core of every medical malpractice case is the same. The plaintiff must prove that the doctor had a duty to care for the patient and that the physician did not live up to that duty. He or she must prove that his or her injuries are the result of the physician’s failure to uphold the standard of care, whether through errors or negligence. When a patient goes to a physician for a cosmetic procedure, the patient trusts that the doctor will do his or her best to look out for the patient’s safety and wellbeing. Like all medical malpractice lawsuits, those involving cosmetic surgery require a certificate of merit from another physician in the same speciality.

If you have been injured because of an error by a cosmetic surgeon, you may have a case for a medical malpractice lawsuit. Contact Palmer | Lopez in Tampa, Florida to schedule a consultation.