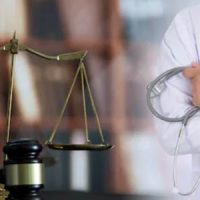 2020 has been a year unlike any other. As we countdown to the end of this crazy year, let’s inventory some of the craziest medical malpractice cases of the year and discuss how they went down.

Man Loses Most of Penis

A California jury awarded a man $22,000 in economic damages and nearly $10 million in noneconomic damages. In California, non-economic damages in medical malpractice lawsuits are capped at $250,000, but this was no ordinary case. The man sued his doctor for medical battery. Essentially, he said he only consented to have a cancerous growth on his penis removed, but when the doctor realized that cancer had moved into healthy tissue, he removed that too. The jury ruled that because the man had not consented to the surgery, the damage caps didn’t apply because it wasn’t a medical malpractice case but a medical battery case.

An outbreak of Pseudomonas Aeruginosa led to three deaths in the neonatal ICU of a Pennsylvania hospital, which led, in turn, to three wrongful death lawsuits and five personal injury lawsuits. One of the infants who contracted the disease sustained severe brain damage as a result of the infection. Of the eight cases filed against the hospital, the child who survived with severe brain damage will have the highest payout since the parents will likely need to establish a trust to see that the child’s needs are met throughout his life. The infection was traced to improperly sanitized equipment meaning that the hospital was wholly liable. The terms of the settlements are unknown.

A lawsuit filed in January of 2020 alleged that a dentist started a fire in a 5-year-old girl’s mouth. A diamond bur on the girl’s teeth caused a spark that ignited the girl’s throat pack. The girl sustained injuries to her lips, face, and esophagus. She also reported problems with hearing. She will be severely disfigured for the rest of her life. The lawsuit will be heard later this year.

The Largest Verdict in Florida History

In one of the largest settlements in U.S. history, a Florida man was awarded nearly a quarter of a billion dollars in damages after doctors misdiagnosed a stroke. The patient had told doctors that he had a family history of strokes, but they diagnosed him with sinusitis and sent him home. After surgery to relieve swelling on his brain, the patient spent the next three months in a coma. He has limited cognitive abilities and is at risk of choking every time he swallows.

If you’ve been injured by a negligent medical doctor, call the Tampa medical malpractice attorneys at Palmer | Lopez today to file a lawsuit and recover damages for your injuries.