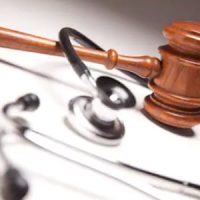 A Florida lawyer was caught on a cell phone call bragging about how he manipulated a jury to return a verdict in favor of the defense in a medical malpractice lawsuit. The plaintiffs contended that the doctor had nicked the victim’s colon resulting in sepsis and death. The family sued, but the defense team was able to convince a jury that the man died of other causes. Once the judge heard the cell phone recording he tossed the verdict in favor of the defendant and ordered a new trial. Presumably, the doctor will get another lawyer for this case and perhaps file a legal malpractice lawsuit against his attorney for tanking his win. In other words, his attorney may be on the hook for any damages he owes because his attorney’s professional malpractice directly resulted in the case being retried with an unclear outcome.

It is perhaps fitting that the plaintiff now has another key piece of evidence to add to their allegations. An attorney representing the defendant openly admitted that the victim “probably” died exactly the way the plaintiffs alleged he died. Nonetheless, he was very proud of convincing a jury to side with his client.

If you’re a fan of legal dramas, then you may have come across the term “puffery” in a legal context. Often, it comes down to contract law but has application elsewhere as well. An attorney is never allowed to “lie” to the court or place a witness on the stand knowing that they are going to lie. In legal terms, “puffery” refers to a situation where one individual embellishes their skills to sell themselves or a product. It differs from material misrepresentations of fact (which are lies). Instead of stating something that is untrue, it puffs up or embellishes the abilities or qualities of something or someone. The attorney has since stated that his words were not an accurate representation of the trial, but rather meant to embellish his own skills as a litigator.

Will a new trial be successful?

The jury came back with a verdict of 12-0 in favor of the defendant. However, the plaintiffs had the medical examiner’s report which corroborated their claim that the victim died from a surgical procedure conducted by the doctor. The ME ruled that the cut in the colon resulted in the man’s untimely death. The jury rejected the ME’s statement and sided with the defendant.

It certainly sounds like a strong case. While surgical nicks do happen, they should be addressed before the patient is closed up. Failing to do so does breach the standard of care in these cases. It’s unclear why the jury disregarded the ME’s conclusion.

Palmer | Lopez represents the interests of patients who have been injured by negligent doctors. Call our Tampa medical malpractice lawyers today to schedule a free consultation and we can begin discussing your claims immediately.