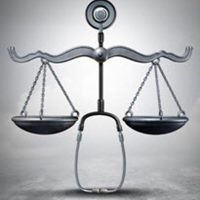 A lawsuit has been filed against two hospitals and a guardian who was responsible for the well-being of the patient. According to the lawsuit, the patient specifically did not sign a DNR and his wishes were for doctors to attempt to resuscitate him. The patient fell ill, and, because an executed DNR was present in his file, doctors were not able to provide life-saving intervention. The family blames the hospital, the guardian, and everyone else involved in the failure, but getting their lawsuit through summary dismissal has been a chore. In this article, we’ll discuss the lawsuit.

The guardian is accused of signing a DNR order against the express wishes of both the patient and the patient’s daughter. The hospitals have moved to dismiss the lawsuit because they believe the allegations against them are improper. They, much like the family, blame the guardian for pushing the DNR on the patient. The death resulted in the arrest of the guardian and led to changes in Florida’s troubled guardianship system.

Meanwhile, the guardian had illegally billed the hospital for services provided. This patient was one of nearly 700 vulnerable patients who received services from this particular guardian who billed hospitals for nearly $4 million over the course of a decade.

Is this a medical malpractice lawsuit?

It’s not entirely clear. The plaintiffs blame the Hospital for pairing with an unqualified guardian to make arrangements for patients. Generally, a medical malpractice lawsuit is only a medical malpractice lawsuit when a negligent medical decision is made. In this case, the hospital made staffing arrangements with the guardian. The guardian then turned out to be negligent in her duty of care. Nonetheless, the decision to declare someone incapacitated is a medical choice.

The plaintiffs allege that the medical negligence was not the choice to declare the patient incapacitated, but to place the patient in danger by assigning him to an unqualified guardian who ultimately caused the patient’s death.

The rest of the story

It’s difficult to allege that the guardian was actually trying to kill her patient, but that’s what the evidence seems to indicate. Not only did the patient request several times not to have a DNR filed in his name, the guardian began making absurd medical choices on his behalf. At one point, the guardian requested that the cap on his feeding tube be removed. The patient died as a direct result of that choice even after medical staff warned her that he could choke and die. The plaintiff died after aspirating and going into cardiac arrest.

If you’ve been injured due to the negligent practice of medicine call the Tampa medical malpractice attorneys at Palmer | Lopez today to schedule a free consultation and learn more about how we can help.