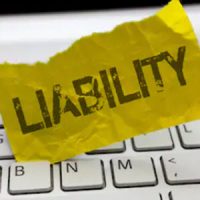 If you’ve ever driven for Uber, then you know that Uber has its own insurance policy that kicks in when a driver is enroute to either pick up a customer or drop one off. Otherwise, their own personal auto policy is triggered. It does not work that way for Uber Eats or DoorDash.

For the DoorDash policy to trigger, a driver’s own insurance carrier must reject the claim, and they must be on the hook for liability from another insurance carrier. Since Florida operates on a no-fault system, the vast majority of claims will be handled by the driver’s own policy or the other driver’s policy would kick in. In some cases, however, the value of the injuries exceeds the combined limits of both drivers’ policies. At that point, the DoorDash policy would kick in. But DoorDash is likely to do everything in its power to defeat the claim.

Do DoorDash drivers have to report commercial use?

Yes. DoorDash drivers that do not report a change to their vehicle usage can be sued by their insurance company. The insurance company might still have responsibility for damages claimed, but would likely not be required to pay out anything to the driver who lied to them. Essentially, this would constitute insurance fraud. The driver’s own insurance policy could deny the claim, which would arguably trigger the DoorDash policy.

However, the language of the contract may be interpreted as meaning that the driver did not keep an up-to-date insurance policy. Any driver without an “up-to-date” insurance policy could have their claim rejected by both their own insurance carrier and DoorDash. So it’s possible that DoorDash would try to fight a claim where a driver did not alert their insurance carrier that they were using their vehicle for commercial purposes.

As it stands, drivers who use their vehicles for DoorDash have to pay more in insurance premiums since their vehicles are on the road longer and they drive unfamiliar routes more often. Drivers who don’t bother to advise their insurer of this usage may create a situation where an injured accident victim has no recourse to recover damages.

You Need an Attorney for a Tampa DoorDash Accident

DoorDash accidents can get very complex very quickly with all of the insurance policies and when they are triggered. If the stakes are high and your injuries are preventing you from working, call the Tampa personal injury lawyers at Palmer | Lopez today to schedule a free consultation and learn more about how we can help.