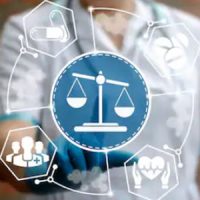 A Detroit doctor faced a second $2.7 million verdict after fallaciously diagnosing a patient with epilepsy. While rare, it does happen that doctors use kickback schemes in businesses in which they have a vested interest and then bill up their patient’s health insurance based on those diagnoses. This doctor was accused of falsely diagnosing children with epilepsy.

A number of medical malpractice lawsuits have been filed against Detroit doctor Yasser Awaad after families realized after 11 years that their children did not have epilepsy. At present, there are 267 lawsuits filed against the doctor and only two of them have reached verdicts.

Lawyers contend that these children were forced to endure a battery of grueling medical tests multiple times. This included forcing children to stay awake all night long. The parents came to find out later that none of these tests were necessary.

One patient who saw Doctor Awaad complaining of headaches was given an EEG and later told that she had epilepsy. She recalled being confused because she had never had a seizure in her life. The anti-seizure medication that Awaad put her on made her drowsy and it made her headaches worse. The patient became withdrawn and avoided social interaction with other children, believing that she was different. Four years later, she went to a new doctor and found out that she did not have epilepsy.

Lawyers are accusing Awaad of running an “EEG mill”. In other words, he was falsely diagnosing child patients with epilepsy in order to bill their insurance companies and rake in the money from unnecessary tests. The more tests that Awaad ran on children, the more money he made.

Worse still, there is some indication that other doctors knew what was going on as early as 2003 and one of them blew the whistle on Awaad. This doctor informed authorities that Awaad was falsely diagnosing children with epilepsy, giving them medication they didn’t need, and running up their medical insurance with unnecessary EEGs.

Additionally, the state has been accusing Awaad of false diagnoses going as far back as 2010. However, the state never took any action against him until 2012 when he was fined $10,000 and put on probation.

In the first trial, the plaintiff won a $3 million verdict. The second one went for $2.7 million. To date, there are 265 trials to go.

In a typical medical malpractice case, the burden of proof is on the plaintiff to show that the doctor failed to meet the prevailing standard of care owed to their patient. In other words, they failed to do what a reasonable doctor would have done. However, when it comes to ordering unnecessary tests, that simply is medical malpractice. Awaad will be found guilty in each of these trials. Meanwhile, he still has his medical license.

If you’ve been injured by medical negligence, call the Tampa medical malpractice lawyers at Palmer | Lopez today to schedule a free consultation.