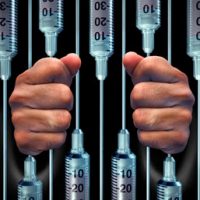 Propofol is the drug most widely known for causing the overdose that Michael Jackson died of. In a clinical setting, it is used as a hypnotic anesthesia for major surgeries. When a patient cannot be awake for the procedure, propofol is one of the top options for doctors. However, in excessive doses, the drug is lethal and leads to respiratory arrest.

Now one doctor is being sued for $7 million after a patient died in his care after being administered a lethal dose of propofol.

Propofol is Lethal in High Doses

The drug is well known to be lethal at high doses, which is why the manufacturer of the drug and the American Society of Anesthesiology recommends specific limits. No more than three 5cc doses of the drug should be administered. The patient who died during a spinal surgery was administered 20cc of propofol over an 11-minute period or four doses as opposed to the recommended three.

The lawsuit alleges that the negligent administration of the propofol constitutes a gross lapse in the prevailing standard of care, but their patient could have been saved had the clinic called 911 earlier or performed CPR on the patient.

By the time the patient got to the hospital, there was nothing anyone could do.

In order for that negligence to be deemed gross, the bar is even higher. The conduct must be so reckless that even someone without an advanced medical degree would know that the doctor made a serious mistake. One would imagine that most people do not need a medical degree to read the manufacturing’s warnings or heed the advice of the American Society of Anesthesiology.

If the doctor is determined to be “grossly” negligent, that means that the plaintiff will be able to sue for punitive damages. Punitive damages, unlike compensatory damages, are awarded to punish the defendant for extremely egregious conduct.