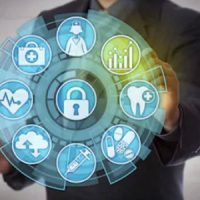 A California woman who suffered nerve damage and other complications after a radical breast reconstruction is lobbying the California legislature to force doctors to disclose any close relationships they have to drug or medical equipment companies. California doctors, unsurprisingly, are fighting the measure in court.

The effort came after the woman’s double mastectomy was botched leaving her in chronic pain. In this article, we’ll discuss her efforts and the medical malpractice lawsuit that gave rise to her efforts.

The patient decided to have a double mastectomy after she was diagnosed with BRCA2 gene mutation which is a major risk factor for developing breast cancer. Her mother had died of breast cancer as well. To avoid breast cancer, the woman had a double mastectomy. The surgery left the patient with chronic pain, nerve damage, and other issues. The plastic surgeon was to remove the at-risk breast tissue and replace it with implants.

The doctor used Seri Surgical Scaffold which is a silk mesh support used for soft tissue. The mesh was supposed to bolster the saline implants that would replace the breast tissue removed by the doctor. According to the lawsuit, the mesh began to fail instantly. It never adhered to the chest wall causing excruciating pain. She said the implants were larger and heavier than she was originally told.

At the time, Seri Surgical Scaffold was not cleared by the FDA for use in breast reconstruction. Further, the woman’s doctor had a relationship with the company that included over $400,000 in payments for marketing their product.

The bill, aimed at increasing transparency between patients and doctors, is being panned by doctors for “burying physicians in paperwork” and disrupting the “sanctity of the patient-doctor relationship”. However, the plaintiff says she would have never gone to a doctor who used a device off-label simply because he pocketed extra cash.

The plaintiff accused the doctor of performing an experimental surgery to prove the utility of the mesh for breast implants. The same doctor had performed a clinical trial for the company’s mesh using the same technique. Shortly after the operation, the FDA warned the company to stop marketing their product for breast reconstruction. The woman won lawsuits against both the doctor and the company that produced the mesh.

Now, she’s trying to force doctors to disclose deals they have with companies that may influence their opinion. She claims that such relationships represent conflicts of interest, and that her doctor failed to render the prevailing standard of care because he was influenced by the company to use their product. The bill is still alive in California, but most of its teeth have been removed.

If you’ve been injured due to a doctor or a medical device, call the Tampa medical malpractice attorneys at Palmer | Lopez today to schedule a free consultation and discuss your options in detail.