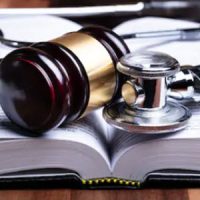 A patient claimed that doctors asked her twice which ankle they were going to be operating on before proceeding to operate on the wrong ankle. The matter was not corrected until 90 minutes into the surgery when nurses recognized the mistake. The doctors then informed the patient that they had operated on the wrong ankle, and she promptly filed a medical malpractice lawsuit against them. According to the lawsuit, the correct ankle was marked prior to surgery.

In a case like this, where it is obvious that medical malpractice occurred, rather than trying to allege that their client did nothing wrong, defense attorneys will instead attempt to reduce the settlement figure as much as they can by understating the plaintiff’s injuries.

If, in fact, the surgery on the wrong foot caused no injury at all, the woman would not have a claim to make. However, she says that she is suffering pain at the surgical site and some of her cartilage is missing from a foot that previously had no problems.

The medical malpractice insurer that is now defending this claim will pore over the medical records of the plaintiff. They will determine whether or not the surgery reduced her ability to walk and for how long. While you can be compensated for a temporary injury caused by malpractice, your settlement figure will not be as high as it would if you had a permanent injury.

So, while the plaintiff will recover some money for her missing cartilage, her attorneys will be working hard to establish whether or not her injury prevents her from working, enjoying activities she once enjoyed, and she would be compensated for any ensuing medical expenses required to fix the injury.

So, once negligence is established, the plaintiff must still prove injury to establish legal medical negligence. Cases are lost and not pursued on this basis all the time. So, just because the doctor admitted he operated on the wrong foot, it doesn’t necessarily mean the claim is not defendable.

If you’ve been injured due to the substandard care of a health care professional, call the Tampa medical malpractice lawyers at Palmer | Lopez today to schedule a free consultation and discuss your next moves in greater detail.