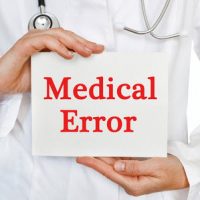 This surgical clinic and others like it target working-class women who would otherwise not be able to afford elective procedures. They promise excellent results at affordable rates. But their results allegedly are often catastrophic.

According to the article, the doctors employed by the clinic have little to no specialized training to deal with these procedures. Plastic surgery is generally considered low risk, but any surgery carries a risk of serious complications if equipment is not sterilized and the doctors performing the procedure are not adequately trained.

Those who left alive also experienced severe complications, according to the report, including punctured internal organs. Four of the women died during a Brazilian Butt Lift procedure in which fat is injected directly into the buttocks to improve the size and shape. The fat was injected so deeply into the muscle that it ruptured veins. The veins then carried the fat to their hearts and lungs. They died moments later. Surgical errors such as these are relatively rare.

According to the report, another woman had her intestine punctured during a procedure and she had to be rushed to the hospital as the body’s waste began flooding her system.

During this period, the doctor in charge of the clinics repeatedly changed their names in order to avoid negative reviews and press surrounding the clinics. The name changes did not improve the results, however.

Miami Has Become a Destination for Surgical Tourism

According to the article, this individual doctor used social media campaigns to burnish his clinic’s image and reputation, drawing women from all over the country to Miami where they would undergo surgery. The ads specifically targeted Latina and African-American women with ads on social media.

The same doctor had his license suspended for hiring unlicensed workers to perform the medical procedures and operates on volume. That is to say, they book a number of appointments throughout the week in the hopes of drawing in customers. The doctors were paid on commission and he allowed them to schedule appointments from morning to night. They were not board-certified in the field of plastic surgery.

Clinics such as these are a growing concern. As patient deaths continue to mount, the clinic itself can just change the name to create a new social media persona. In this day and age, this is a very simple process.

Many believe that Florida is the perfect destination for such clinics where the Florida Department of Health is relatively toothless when it comes to protecting patients from bad doctors. While the clinic was cited numerous times and charged with medical malpractice, Florida has done nothing to sanction the clinic itself—just the doctors. Today, the clinic still operates.

Palmer | Lopez in Tampa helps injured patients recover damages when they are injured by negligent doctors. Give us a call or talk to us online to set up an appointment and we can begin discussing your options.