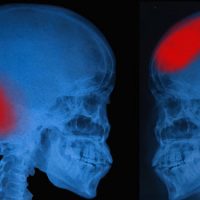 A Michigan jury awarded a family $130 million after a child sustained severe brain damage that resulted in cerebral palsy. It is believed to be one of the largest verdicts in Michigan history. In cases where children suffer life-altering injuries in this fashion, massive verdicts are warranted. The child will never recover from the injury, but the family will have very high costs associated with the treatment of the child. This money can be set aside in a trust in order to ensure that the child has the highest quality of life given their condition.

Two weeks after the child was born it became apparent that the boy suffered from a swelling of the kidneys. After an ultrasound shed some light on the condition, his doctors ordered a renal scan. The renal scan required an IV line. Shortly after the insertion of the line, the child’s condition began to rapidly deteriorate. At one point he had turned blue. The medical staff, however, did not call a code blue and did not perform chest compressions in order to resuscitate the child. The result was that the child was deprived of oxygen for a period of time long enough to cause cerebral palsy, a condition that he will have to live with for the rest of his life.

Unlike Florida, which overturned damage caps as unconstitutional, the State of Michigan still imposes medical malpractice damage caps on “noneconomic” damages. Noneconomic damages include pain and suffering, loss of enjoyment, and other damages that cannot be easily quantified. The cap was recently raised from $280,000 to $440,000.

States like Iowa seem to have found a happy medium that can pass the litmus of equal protection. Iowa caps damages at $250,000 for cases in which a patient does not suffer severe or catastrophic injuries that result in permanent impairment. If a patient loses a limb or the use of an organ, their noneconomic damages can exceed $250,000. If the patient dies, damages to loved ones can exceed $250,000.

If you’ve been injured due to medical negligence, the Tampa attorneys at Palmer | Lopez can help. Our attorneys have recovered millions in damages for our clients. Give us a call or contact us online to set up an appointment.