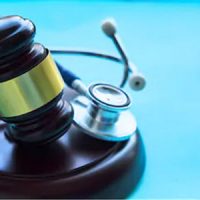 The family of a former St. Claire, Minnesota mayor has filed a medical malpractice lawsuit against a physician and the Mayo Clinic Health system claiming that emergency room errors contributed to the mayor’s death. The mayor died in 2018 of a brain hemorrhage. The lawsuit claims that the mayor would have survived had the brain hemorrhage been treated appropriately. The Mayo Clinic and its physicians deny that any medical negligence took place.

The former mayor was taken to the emergency room in 2018 after complaining of a headache, dizziness, and weakness in his leg. According to the plaintiffs, despite the fact that the mayor was on blood thinners at the time, a CT scan was not ordered. Family members requested the mayor be admitted, but were told that there were no beds available. Requests to be moved to other area hospitals were denied. The mayor was allowed to move to another hospital within the Mayo Clinic system, but because there were no ambulances available, family members had to drive him.

At the other hospital, the mayor was given a CT scan which revealed a major brain hemorrhage. The mayor died a few days later. The family argues that a failure to timely diagnose the brain hemorrhage resulted in the death of their loved one. Meanwhile, the hospitals and doctors deny any wrongdoing.

Will This Lawsuit be Successful?

The lawsuit depends on the applicable standard of care used in this case. Emergency room doctors are under a great deal of pressure to diagnose patients, and sometimes they’re required to make choices based on the percentages. However, in this case, the plaintiffs will argue that the prevailing standard of care for emergency room medicine involves a CT scan to diagnose a brain hemorrhage when a patient is complaining of certain symptoms and is already on blood thinners. In fact, the presence of blood thinners could increase hemorrhaging within the body. In this case, the CT scan was delayed, and by the time the mayor made it to the hospital and got the correct diagnosis, it was already too late.

The lawsuit will require that an expert witness testifies on behalf of the plaintiff to explain how the offending doctor deviated from the industry standard of care, but it’s much more difficult to win medical malpractice cases against emergency personnel than specialists, surgeons, and general practitioners. That’s because emergency personnel are expected to make split-second decisions.

However, even though the standard of care is lower for emergency room doctors, it doesn’t absolve them from rushing diagnoses that lead to patient death.

If you’ve been injured by the negligent practice of medicine, call the Tampa medical malpractice attorneys at Palmer | Lopez today to learn more about how we can help.