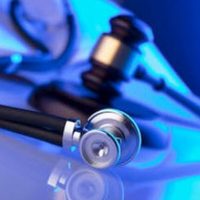 A Missouri couple was recently awarded a $3 million verdict in a lawsuit against an urgent care center involving the tragic death of their one-year-old son. According to the plaintiffs, the mother brought her son to an urgent care clinic where he was observed to be pale and lethargic. The boy was treated for an ear infection and immediately discharged. The boy died later that day.

The majority of medical malpractice lawsuits allege that a doctor failed to correctly or timely diagnose the patient leading to severe medical complications including death. In this case, the child was incorrectly diagnosed with an ear infection and his Kawasaki disease went undiagnosed.

However, the urgent care center would have likely argued that Kawasaki disease is exceedingly rare. The most likely cause of the patient’s symptoms was a latent infection. By the percentages, they could very well have been right. However, Kawasaki does have symptoms that are not present in most ear infections. Indeed, very few symptoms of an ear infection overlap with Kawasaki disease.

Patients with Kawasaki disease present with early symptoms that can mimic some types of flu. However, the pain is related to the joints whereas an ear infection would likely cause pain in the ear. Additionally, abdominal pain, peeling skin, and large red rashes, while not unique to Kawasaki, are not indicators of an ear infection. Swelling of the hands and feet along with inflammation in the arteries also should have at least given the doctors pause to consider a Kawasaki diagnosis, but that never happened.

Instead, the child was sent home with an antibiotic that would not have been effective in treating his Kawasaki disease. The appropriate treatment, had the proper diagnosis been made, would have been a blood transfusion.

It is also unclear whether the boy was ever checked for an infection. Obviously, infections leave markers in the body such as high white blood cell counts that likely would not have been present in a Kawasaki patient. The boy was likely given antibiotics without testing for an actual infection.

If you’ve been injured due to a negligent medical doctor or lost someone you care about, call the Tampa medical malpractice attorneys at Palmer | Lopez today to schedule a free consultation and learn more about how we can help.