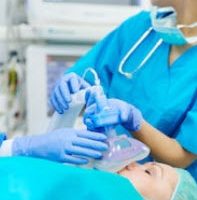 In 2009, a woman went to the doctor. They found that she had a tumor in her skull. They determined it was operable and they scheduled her for surgery to have it removed. During the surgery, her anesthesiologist conducted a pre-anesthesia evaluation of the patient that included an electrocardiogram. According to her husband, who filed suit against the anesthesiologist, he missed abnormalities in her chart. Instead of ordering more tests or reporting the abnormalities to the surgeon, they went through with the surgery. The woman died. Indeed, anesthesia errors result in serious injury or death quite frequently.

According to the husband, the anesthesiologist was responsible for not reporting the abnormal results to the surgeons. Two courts, however, disagreed.

Circuit and Appellate Courts Rule in Favor of the Anesthesiologist

A judge in the initial case brought by the husband noted that the anesthesiologist’s actions were not the primary cause of the woman’s death. For that reason, the judge issued a directed verdict dismissing the case. The husband appealed that decision. An appellate court determined that the first court was correct. The anesthesiologist may have made a mistake, but it was not the primary cause of the patient’s death.

The plaintiff, however, appealed again. The Florida Supreme Court agreed to take the case. By a 4-3 margin, they determined that though the anesthesiologist’s actions were not the primary cause of the patient’s death, they contributed substantially to the patient’s death. Had the anesthesiologist warned the doctors or ordered more testing, the woman may still be alive. The Supreme Court found in favor of the plaintiff and remanded the case back to the lower court for trial.

In this case, the dissenting opinions did not discount the logic of those who voted against the defendant but simply stated that the Supreme Court had no business taking the case because there was no conflict of lower court decisions. This has more to do with differing philosophies concerning the Supreme Court’s role in taking cases than it does with the legality of the lower court’s decision.

What is Proximate Cause in Medical Malpractice?

Proximate cause does not necessarily have to be a direct cause. Proximate cause simply means that an event was a substantial factor in the resulting injury. In other words, the Supreme Court held that a reasonable jury could still find that the anesthesiologist could be a proximate cause to this death, even if he wasn’t the primary cause.

This case is not over, however. It will be for a jury to decide if the anesthesiologist’s lack of procedure caused the woman’s death or not.

Palmer | Lopez in Tampa has recovered millions of dollars for our clients. If you have been injured by medical negligence or lost someone you love, contact our law firm to set up a free consultation.