Florida Supreme Court Could Weigh in On Damage Caps (Again) 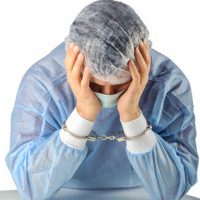 If you’ve been paying attention to our blog or the news at large, then you probably have some familiarity with damage caps in medical malpractice lawsuits. For years, Florida was among the states that set limits on how much money a victim of medical negligence could recover for pain and suffering damages. The Florida Supreme Court ruled that the law violated the equal protection clause and was thus declared unconstitutional. Now, legislators and monied interests are lobbying to reinstate damage caps in medical malpractice cases. Why? They say there’s a “crisis”.

Part of the problem with this legislation was that damages were only limited in medical malpractice lawsuits. If you were hit by a drunk truck driver, you could collect millions of dollars, but if you were killed by an ineffective or negligence doctor, you were limited to only a million. Why should doctors be held to a lower standard than truck drivers?

Taking a Look at the Law

While most of the medical malpractice damage caps statute was removed from the books after being declared unconstitutional, some of the law still remains. Adult children who have lost parents to negligent doctors are barred by statute from recovering “noneconomic” damages. What are noneconomic damages? They include pain and suffering, emotional grief, loss of companionship, and things of that nature. In other words, injuries that can’t be easily calculated but are injuries nonetheless. Of course, adult children can collect noneconomic damages in cases where their parents are struck by a drunk truck driver.

So the question is why. The answer, it seems, is that legislators want to protect medical staff and the insurance companies that insure them from “excessive” judgments. This, they claim, drives up the cost of healthcare for everyone. Yet these laws remained on the books for nearly two decades and failed to make an impact on the overall cost of healthcare.

Now, one family hopes to take their case before the Florida Supreme Court. They believe that as the adult children of a parent who they lost to medical malpractice, they should be afforded the same rights as other adult children who have lost parents to other forms of negligence.

Part of the reason why the law was overturned was that there was never any evidence presented by the legislature that medical malpractice lawsuits were driving up the cost of healthcare. There is plenty of evidence to support the conclusion that medical malpractice in the form of ordering unnecessary tests or otherwise bilking public insurance programs like Medicare and Medicaid is to blame, but none supporting the argument that malpractice lawsuits were at fault. For that reason and  the aforementioned equal protection clause concerns, the Supreme Court declared the larger part of the medical malpractice caps and barriers to filing lawsuits unconstitutional. Hopefully, the rest of this ill-conceived law will be off the books too.

If you’ve been injured by a medical doctor, the Tampa medical malpractice attorneys at Palmer | Lopez can file a claim on your behalf. Talk to us today to set up a free consultation.