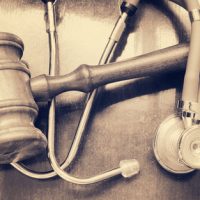 Florida has a rule stating that a doctor who commits three instances of medical malpractice will lose his or her license to practice medicine in the state. However, in practice, the law is a bit tricky, hardly ever enforced, and a strike only counts under special circumstances.

Years after the law had been enacted, the Florida Supreme Court ruled that the damage caps Unconstitutional under the Equal Protection Clause. Nonetheless, the three-strikes law is still on the books. However, doctors can avoid receiving a strike simply by settling lawsuits before they reach a jury.

What happens if the doctor settles the lawsuit?

If the doctor settles the lawsuit, then it doesn’t count as a strike. In fact, it can be quite difficult to get a strike on your record. In one case, a doctor who was responsible for 14 deaths never had one strike levied against him in the 33 years he was allowed to practice in Florida.

So, basically, you have a piece of legislation that is ostensibly supposed to make Florida’s hospitals safer, but what it really does is insulate doctors from administrative consequences when reviewing the quality of their care. While it places more leverage on doctors to settle lawsuits they may be inclined to fight, there’s no guarantee that the medical review board will issue a strike against a doctor even if they’ve lost a medical malpractice lawsuit in court. This results in a situation where the law is purported to do one thing, but it actually does the opposite. How does that happen?

Well, originally, the law was meant to act as protection for patients who were being mistreated by bad or incompetent doctors. As a trade-off, the doctors would pay less in premiums because damage caps prevented massive verdicts against them. A year later, doctors are complaining about medical malpractice verdicts and strikes on their licenses and how juries often get the issue wrong. Someone thought that was a good argument and decided to take the teeth out of the law allowing strikes to only be found in cases where a medical review panel decided the jury’s decision was correct. Nonetheless, doctors can settle lawsuits with no adjudication of negligence or even a review by the medical board.

If you’ve been injured by a negligent medical doctor, call the Tampa medical malpractice attorneys at Palmer | Lopez today to schedule a free consultation and learn more about how we can help.