Ford Ordered To Pay $7 Million To Family Of Mustang Driver 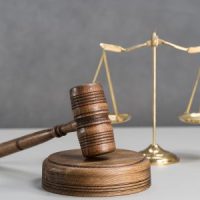 Ford was ordered to pay $7 million after a lawsuit involving a Mustang went to trial. The plaintiffs alleged that their 19-year-old daughter was unable to escape the Mustang after it caught fire. She was trapped within the vehicle suffering severe burn injuries from which she died.

The accident occurred when a pickup truck veered over the center line and struck the Mustang. The resulting impact caused the girl to become trapped in the vehicle as it caught fire. The parents blamed the design of the Mustang for the girl’s death. A jury agreed with their arguments and ordered Ford to pay $7 million in damages to the family.

The parents alleged that the 2014 Mustang had a design defect that resulted in the ensuing fire which claimed the life of the girl. According to the plaintiffs, the brake fluid reservoir was not sufficiently protected from potential trauma which resulted in the brake fluid igniting. They further alleged that the design defect could result in the dashboard being pushed into the cabin.

Ford refuted those claims unsuccessfully. An attorney representing Ford said the plaintiff’s theory of liability was simply wrong. They premised the claim on the notion that the Mustang failed the “small overlap rigid barrier test” but the accident did not completely replicate the conditions under which the test was performed and the test was not meant to handle situations like the one described in the accident. The test, argued the defendants, has nothing to say about a collision impact like the one described by the plaintiffs. It could not, therefore, be the basis of an alleged wrongdoing.

The jury found that Ford was 99% liable for the death with the other driver being 1% liable. That means Ford will have to foot 99% of the plaintiff’s $7 million in damages. Ford stated that the verdict was not supported by the evidence and that they plan to file an appeal.

Verdicts like this always polarize the audience because there are those who automatically side with the corporate megalith and those who will always side with the grieving family. Then there are those who want to split the difference and blame the other driver for causing the death. In truth, none of these arguments factor into a decision on a verdict. Juries are instructed to listen to both sides of the argument and come to a decision regarding that evidence. In this case, the jury found in favor of the plaintiff, but assigned almost no liability to the driver who caused the accident. Why not? Well when a car explodes into flame after being struck by another vehicle, the manufacturer is usually automatically liable under a theory of strict liability. So, even if Ford had manufactured the perfect vehicle with the best available flame-resistant technology, the fact that someone died as a result of its failure is still actionable. It doesn’t matter how good it was because it didn’t work. That’s the law.

If your vehicle bursts into flames following an accident, you may be eligible for compensation. Call the Tampa personal injury lawyers at Palmer | Lopez today to schedule a free consultation and learn more about how we can help.