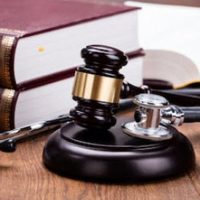 A plastic surgery center in Fresno, CA is under attack after several former patients allege that the facility’s “body sculptors” botched several routine procedures. At least ten former patients have come forward with medical malpractice claims over the past four years. Patients say that they were left scarred, permanently disfigured, or in serious pain. The majority of malpractice claims against the facility appear to be related to one specific doctors. This doctor is currently on probation but allowed to practice surgery.

Well, the doctor in question has an impressive list of credentials, but also a history of alcoholism. Between 2004 and 2018, he has been arrested five times for drunk driving. In each case, the doctor’s blood-alcohol level was more than double the legal limit.

The same doctor has been named in at least nine lawsuits. In 2016, he was sued by the family of a woman who stopped breathing during a face and neck lift. The doctor tried unsuccessfully to revive the woman but eventually called paramedics. Paramedics were able to save the woman’s life, but she suffered brain damage from lack of oxygen. The victim received $3.9 million in a settlement.

In another case, a mother wanted to have breast augmentation surgery after having children. She claimed that the doctor placed the wrong-sized breast implants into her body; they were way too big. She was left disfigured and in pain. The doctor agreed to redo the surgery, but this time the results were even worse. She developed an infection and the implants didn’t seem to stay where they were supposed to stay.

The medical board has disciplined the doctor several times over the past twenty years. These included sanctions from drunk driving, surgical incompetence, and disobeying medical board orders. In 2015, he was suspended but the board agreed to let him continue practicing medicine if he allowed himself to be tested for drug and alcohol abuse. The doctor failed to comply and his license was revoked.

The doctor regained his license after being placed on seven years’ probation. He was ordered to refrain from drugs and alcohol, have a workplace monitor oversee his duties, enroll in drug and alcohol abuse programs, undergo a psychiatric evaluation, and take a course on ethics.

The workplace monitor later filed a lawsuit against the doctor citing sexual harassment concerns. Later, the doctor tested positive for alcohol, which is hard to do unless you’re drunk, something a doctor would know.

If you’ve been injured by a negligent or incompetent medical doctor, the Tampa medical malpractice attorneys at Palmer | Lopez can help you file suit against the negligent doctor and hold them accountable for any injuries you suffer. Call today to learn more.