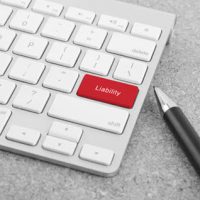 Two bars located in Tallahassee’s college district are being sued for overserving two minors, one of whom struck the other in his vehicle, killing her. The minor driving the vehicle was 20 at the time of the accident while the victim was 18 and also drunk. According to the accident report, the 20-year-old hit the 18-year-old. Both had been drinking and both had been served alcohol by nearby bars.

FSU has filed a brief in support of the plaintiffs who have since filed a lawsuit against the bars. However, it may be difficult for the plaintiffs to win this suit as “dram shop” laws in Florida heavily favor bars and liquor stores.

It is very difficult to hold an alcohol vendor liable for the conduct of one of their customers unless the customer is either a known alcoholic or under the age of 21. Even in cases where the customer is under 21, the bar must “know” that the minor is underage at the time they were served. This means it’s a viable defense to state that the plaintiff used a fake ID and tricked the bartender or bouncer into serving them.

In this case, the parents filed suit against the bars. One of the bars did not respond to the suit and a default judgment was issued against them for more than $28 million. The bar that ignored the summons appealed the verdict on the grounds that the court failed to consider comparative fault and the appeals court agreed, vacating the judgment and sending the matter back to the circuit court to deal with.

Nonetheless, the plaintiffs had a good argument as to why comparative fault was not appropriate for this case. When multiple parties are liable for an injury, the jury must determine what percentage of the blame both parties share. However, when it comes to intentional misconduct, there is no determination of comparative negligence and both parties can be held 100% liable. There was some question as to whether or not the allegations involved negligence or intentional misconduct. While the matter could have gone either way, the appellate court came to a 2-1 decision in favor of the defendants, vacating the $28 million judgment and sending the matter back to the circuit court to consider matters of negligence. However, the plaintiffs may appeal the appeal, sending the issue to Florida’s Supreme Court for clarification.

As of now, no final word on the matter has been reached. The plaintiffs can either retry the case or appeal the appellate court’s decision. If they win their appeal, the $28M verdict would be reinstated. If they lose, they would have to begin proceedings in front of a judge for a second time.

Palmer | Lopez represents the interests of injured plaintiffs in lawsuits against negligent defendants. Call our Tampa personal injury lawyers now to schedule a free consultation and we can begin discussing your lawsuit today.