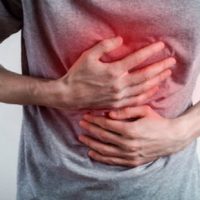 Until COVID-19 took over in March, heart disease was the number one cause of death in America. Millions die each year of undiagnosed heart disease while others suffer severe consequences due to delayed diagnoses. In some cases, doctors misdiagnose the condition as something else (like a panic attack) and this results in a much more severe medical event than would be expected under similar circumstances with a proper, timely diagnosis. In this article, we’ll take a look at misdiagnoses related to heart attacks and liability arising therefrom.

What is a Heart Attack?

Also called an acute myocardial infarction, a heart attack is like a stroke affecting your heart rather than your brain. Blockages in coronary arteries result in the loss of blood flow into or out of the heart. The condition leads to a loss of oxygen to major areas of the body and damage to the heart muscle if it’s not caught quickly. If the damage to the heart muscle is significant, a heart attack can cause death.

What Conditions are Commonly Confused with Heart Attacks?

A patient may be diagnosed with any of the following conditions based on symptoms of a heart attack. Since not all patients suffer the same set of symptoms during a heart attack, doctors should assume the worst, and work their way to less serious conditions from there.

What Happens to Patients with Misdiagnosed Heart Attacks?

Patients who are suffering or have suffered a heart attack which was misdiagnosed as something less severe can suffer serious complications as a result. For instance, if you just had a heart attack and the doctor diagnoses you with severe anxiety, providing treatment for an anxiety attack, it may successfully dull your wits enough to not be terrified, but it won’t treat the underlying condition. Nonetheless, the doctor sees that your anxiety has abated and declares the treatment a success. Hours later, you suffer a much worse attack that causes severe damage to your heart. Your life expectancy is cut in half and the likelihood that you’ll die because of a minor condition is increased.

If a misdiagnosis has led to a worsening of your condition or you lost a family member because a doctor failed to make a timely diagnosis, call the Tampa medical malpractice attorneys at Palmer | Lopez today to schedule a free consultation and learn more about how we can help.