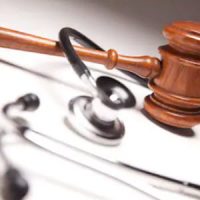 When Dr. Douglas Kwazneski realized that his medical stapler had failed, he wondered if other doctors had experienced the same problem. It seemed likely that they had, although, when he searched through the FDA database there were no complaints concerning the stapler. Of course, that wasn’t strictly true. As it turns out, there were several complaints about the stapler but the FDA hid this information from doctors in a second “secret” database that they couldn’t access without the proper clearance.

Now, those in the medical industry and those who have suffered injury due to these medical devices are wondering why the FDA hid this information from patients and doctors.

Apparently, the FDA had granted the makers of the surgical stapler, among other medical device manufacturers, an exemption from inclusion in the publicly accessible database. While complaints against the medical stapler were tallied, that information was kept from both doctors and the public, preventing them from getting potentially vital information on the quality of the products they were using in their hospital.

Since 2016, over 1 million incident reports have been made to a hidden database. Meanwhile, the publicly available database, known as MAUDE, records instances in which there have been deaths. But for some manufacturers, it does not go beyond that. Even serious and potentially critical injuries can end up in the hidden database.

Further complicating matters is the fact that there is an incredible amount of secrecy around the database. Not only are doctors and the public prohibited from accessing it, but one former FDA commissioner had never heard of it before.

In part due to questions raised concerning the database, the FDA announced a plan to take a close look at surgical staplers and said that, depending on their findings, they might reclassify the staplers for inclusion in the searchable MAUDE database available to the public.

If you’re like most people with a basic survival instinct, then you want to know whether or not the medical devices and equipment that are being used on you have multiple complaints filed against them before they’re used during surgery. By keeping this information from the public, the FDA has proven complicit in hundreds if not thousands of preventable injuries. The medical staplers may just be the tip of the iceberg.

It remains unclear how a company applies for an FDA exemption or why there is any need for such a hidden database. Aside from the obvious, that is. The FDA is helping companies limit their liability while putting patients at risk.

If you’re injured by a defective medical device or a poor standard of care in a hospital, the Tampa medical malpractice attorneys at Palmer | Lopez can help you recover damages related to your injuries. Talk to us today for a free consultation.