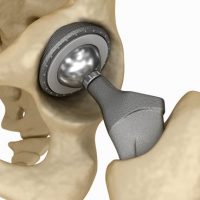 In a retrial, following an appellate court’s determination that the jury’s original $9.2 million verdict was “hasty” and “excessive”, Zimmer Biomet was hit with another verdict, this time for $7.7 million.

A Los Angeles native sued the company after he alleged that his hip replacement was defective. The company has now paid out more than $400 million to remediate lawsuits related to their metal-on-metal hip replacements. In addition, Zimmer has paid out $130 million more to satisfy claims related to their Durom Cup and other devices that are provided by their Biomet department.

Problems related to the Durom Cup go as far back as 2008 and Zimmer suspended sales of the device after numerous complaints and lawsuits. This prompted a class action against Zimmer which they are still paying out and a massive recall of the devices. According to the complaints, patients experienced phantom hip pain, loosening of the implant, and required subsequent surgery to repair the damage. Part of the issue in litigating these cases, is that patients may not even be aware of what hip replacement technology their doctor used in the surgery.

In 2008, a prominent orthopedic surgeon notified the American Association of Hip and Knee Surgeons concerning problems his patients were facing with the Durom Cup technology. This included higher than expected rates of surgery to correct problems after the initial implant was installed. Initially dismissing the report, Zimmer concluded that their Durom Cup technology required a higher degree of precision than other options on the market and offered advanced training to doctors before the devices were implanted. This, of course, begs the question: Why would doctors undergo extensive training when there is another hip replacement technology on the market that doesn’t require it?

Perhaps due to that insight, Zimmer suspended sales of the hip replacement technology and then recalled the remaining devices. It has been settling lawsuits related to their failure to warn doctors about problems with the technology and design defects ever since.

Medical malpractice lawsuits can only be filed against doctors. However, it is possible to sue both the manufacturer of a defective medical product and the doctor who knowingly and without the proper training installed the device. Since it is now well known that, at the very least, the Zimmer hip replacement technology requires a more precise surgery and more advanced training, a doctor who defectively installs the device can be held liable for medical malpractice. Of course, in these situations, the doctor and the manufacturer of the medical technology that backfired want to point the finger at each other.

If you’ve been injured by a defective medical device or a doctor who installed it improperly, talk to the Tampa medical malpractice lawyers at Palmer | Lopez today to schedule a free consultation.