Homeless Man Gets $90,000 from Deputy After Body Slam 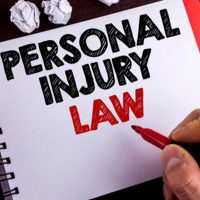 A homeless man who was body-slammed by a sheriff’s deputy won a $90,000 settlement from the city for the use of excessive force. The entire incident occurred within the police station, so it was caught on video. The man was arrested for disorderly intoxication. He appears in a video to be standing in between four or five large police officers while cuffed behind his back. The video has no audio, so it’s impossible to know what happened. But the man did not appear to be presenting a threat when he was forcibly thrown to the ground face-first by one of the guards. There were at least two other guards around him wearing protective gloves. The man appeared not to be acting in a threatening manner. The man suffered severe injuries to his face that required surgery.

An internal investigation revealed that there was enough information to sustain allegations of excessive force. Deputy Shaun Martin was suspended briefly following the complaint. The others who were standing around him watching this happen were not charged.

Damages in This Lawsuit

The man’s medical expenses were taken care of following the incident, so he was only entitled to recover pain and suffering damages and lost wages. Since he was unemployed, he did not lose any wages. He did, however, suffer a break to his orbital bone and the loss of several teeth requiring a bone graft and the insertion of a metal plate in his head. The plaintiff was given $90,000 to walk away from the lawsuit. The police officer was briefly suspended and retrained in the use of appropriate force.

The lawsuit against the sheriff’s department was allowed to move forward. However, settlements from these lawsuits are paid out of the public coffers and hence, there are limits on how much money you can receive. Settlements are capped at $250,000 per person or $350,000 per incident.

Palmer | Lopez litigates claims on behalf of injured clients. Call our Tampa personal injury attorneys today to schedule a free consultation and we can begin building your case immediately.