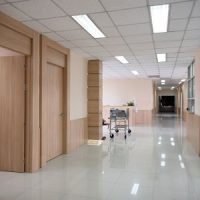 The term “assembly line medicine” has been around for the past decade or so. This process involves the most skilled and experienced doctors performing the most complex parts of a surgery while residents and others do the so-called grunt work. Hospitals contend that this is more efficient and that there is no risk to the patient. However, when a surgery goes wrong, if the hospital performs “assembly line medicine”, you can be assured that it will come up in a personal injury lawsuit.

Now, Massachusetts General is facing fines of up to $14.6M for fraudulent billing related to assembly-line medicine. The hospital agreed to pay the fines as part of a settlement with the federal government. The federal government claimed they were double billing patients and charging full-surgeon rates while allowing under-skilled employees to finish off surgeries.

Mass. General is a teaching hospital certified by the Harvard School of Medicine. It is one of three teaching hospitals hit with fines relating to concurrent surgeries. Essentially, surgeons perform two or more surgeries at the same time, going from one patient to another, and allowing their staff to close up patients or perform the rest of the surgery.

The matter was brought to the fore after a whistleblower complaint accused the hospital of placing patients under anesthetic for far longer than was necessary as doctors finished up with one surgery and then started another.

While the law allows surgeons to overlap surgeries and practice “assembly-line” medicine, it requires those surgeons to be there for all but the least critical aspects of the surgery. In these cases, the fined hospitals were violating those rules. Mass. General maintains that they have abided by all government regulations.

Hospitals and surgeons like it too because they can fit more patients into their daily schedule. This means more money for the hospital. In most cases, the individuals who are tasked with closing up patients are well-trained residents or individuals who will be your future top surgeons.

The problem comes into play when hospitals begin cutting corners to achieve maximum profitability. In cases where patients are left under anesthesia for unsafe durations, medical malpractice may be found to have occurred.

If you’ve been injured due to the negligent conduct or a doctor, hospital, nursing home, or health clinic, call the Tampa medical malpractice attorneys at Palmer | Lopez today. We can help you file a claim and recover damages related to your ongoing medical care and other losses.