How to File a Military Medical Malpractice Claim 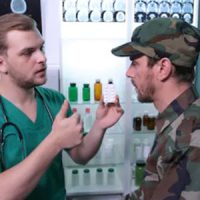 Active-duty military personnel can now file medical malpractice lawsuits against the V.A. and doctors who are military employees. The Pentagon has set up a committee to review the cases of military personnel and their families. However, the committee isn’t fully functional yet, but those with claims can still jumpstart the process.

The bill that opened the process for filing claims against military doctors is named the SFC Richard Stayskal Medical Accountability Act. Stayskal was misdiagnosed by medical doctors as having pneumonia when he actually had a cancerous mass growing in his lungs. By the time doctors recognized that he had lung cancer, he was already in stage four and is not expected to survive much longer.

The law now requires the Pentagon to set up a system for processing medical malpractice claims. However, active-duty military would not have the same recourse to file lawsuits in court as a private citizen would.

If you have a claim against a military doctor or your spouse was killed by medical negligence in services rendered by a medical doctor, who you should contact will depend on what branch of the military you served. Below is a complete listing for military members.

While active-duty troops are still barred from filing lawsuits against the federal government vis a vis the Feres Doctrine, they can now submit claims related to medical malpractice injuries thanks to the new law. Stayskal and his attorney have spent the past several years lobbying Congress to get the Feres Doctrine overturned. The new law has not overturned the Feres Doctrine. Active-duty troops are still barred from filing lawsuits, but as an end-around to the legal precedent, troops can now file claims for themselves and their families to receive compensation for negligent medical services. The new law sets aside $400 million to investigate claims and award compensation. Stayskal was awarded $5 million for his misdiagnosis claim.