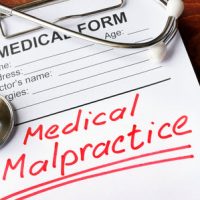 Why Is Nuedexta So Widespread in Nursing Homes for the Elderly?

In the past five years, prescriptions for Nuedexta have increased fourfold, many of them in nursing homes. This rapid increase has led some to speculate that Avanir, the pharmaceutical company that makes Nuedexta, has pushed for doctors to prescribe the drug to more patients. It could mean that doctors misdiagnose patients with pseudobulbar affect or that they prescribe it to treat conditions outside of its intended use. It is also possible that doctors prescribe Nuedexta to patients with dementia in order to make the patients easier to deal with. Another possibility is that, as none of the currently available dementia drugs are without drawbacks, these doctors sincerely believe that Nuedexta is the best way to manage dementia.

Critics of using Nuedexta as a treatment for Alzheimer’s disease and other forms of dementia say that the safety of this drug in elderly patients and patients with dementia has not been studied sufficiently to justify its widespread use in this population. It appears that Avanir has planned to study the effectiveness of Nuedexta in treating behavioral symptoms associated with Alzheimer’s disease, but thus far, pseudobulbar affect remains its only approved use. A study in which patients taking Nuedexta as a treatment for Alzheimer’s disease were compared to a group of Alzheimer’s patients taking a placebo found that falls were twice as common in the treatment group as in the placebo group. Regardless of how safe Nuedexta might be for elderly patients with dementia, nursing homes have a duty not to prescribe patients medications they do not really need.

Overprescribing of Medications Could Be Medical Malpractice

Even when patients are being treated in nursing homes, doctors should only prescribe them the medications that it is in their best interest to take. Prescribing a medication should be based on its anticipated effect on the patient’s wellbeing, not on whether it will make the patient easier to deal with. Contact Palmer | Lopez in Tampa, Florida if you think that your relative is being given too much medication or the wrong medication in a nursing home. We are prepared to assist you immediately.