Intentional Misdiagnosis: Why Does This Happen? 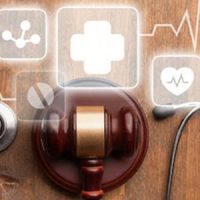 Doctors take an oath to do no harm, but we’ve been seeing stories in the news about doctors who intentionally misdiagnose patients, charge their insurance companies thousands (and sometimes hundreds of thousands) of dollars, and then years later, after getting a second opinion, the patients realize that they do not have the condition the doctor said that they have.

How this happens is simple to answer. The doctor has a specialized knowledge that takes years of learning to cultivate. It’s unreasonable to think that any patient coming in off the streets would have enough knowledge to say that the diagnosis was nonsense. Even in cases where patients questioned the doctor’s diagnosis, they still believed that the doctor had their best interests at heart, or, in some cases, the best interests of their children. So people tend to take what advice their doctors give as gospel.

Three Recent Cases in the News

There have been three recent, noteworthy cases in the news of doctors who were accused of intentionally misdiagnosing patients to bilk their insurance. One case involved a doctor who lost his license in Colorado (only to come to Florida and set up a new practice here). He was misdiagnosing patients with MS and fought off a series of lawsuits in Colorado, one brought by an insurance carrier who accused him of fraud. He won that lawsuit, but several of his patients said that they were diagnosed with MS only to find out later that they didn’t have it. That doctor is now fighting off lawsuits in Florida.

More recently, a Detroit doctor was accused of falsely diagnosing children with epilepsy. The children spent years getting extensive tests and medications that they didn’t need only to find out later that they had been misdiagnosed. Then they recognized that several other parents had the same experience, and that’s when they got angry. That doctor is currently embroiled in several legal battles in Michigan.

The most recent case involved a memory care clinic in Ohio that was falsely diagnosing patients with Alzheimer’s disease. In this case, the alleged wrongdoers were a husband and wife team. While the husband did have a medical doctorate, his wife, who was diagnosing patients and ordering expensive tests did not. They are now on trial for medical fraud and conspiracy. Sixty of their former patients have filed lawsuits against them for intentionally misdiagnosing them with Alzheimer’s. In one case, one of their patients killed himself after receiving an Alzheimer’s diagnosis.

Why is This Happening?

If you’ve been the victim of the negligent practice of medicine, call the Tampa medical malpractice attorneys at Palmer | Lopez today and schedule a free consultation. We will discuss the merits of your case and determine whether it’s worth pursuing. Call today to learn more.