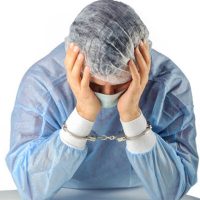 A medical malpractice lawsuit has been filed against a hospital and a star surgeon who is accused of being addicted to opioids. The surgeon was the subject of a Justice Department investigation involving illegal medical billing, assembly-line medicine, and the dangerous administration of anesthesia. Both the hospital and the doctor have denied the allegations.

Most recently, however, the doctor and hospital are being sued after a woman claims the hospital botched her lung transplant surgery. However, allegations aimed at the star surgeon are quite unusual for your typical medical malpractice lawsuit. The surgeon is not the one who conducted the surgery. Instead, the plaintiffs are contending that he oversaw hiring and staffing decisions that negatively impacted her surgery.

Meanwhile, the doctor is attempting to suppress arguments concerning his drug use and addiction to opioid pain killers. The doctor may have a valid point because he is not accused of botching a surgery.

Why sue a surgeon who did not perform the surgery?

Well, he’s a big name with some bad mojo surrounding him. He has been the subject of Justice Department probes alleging illegal billing practices, illegally conducting multiple surgeries at the same time, and keeping patients under anesthesia for longer than is typical. Illegal billing issues are related to criminal issues such as Medicaid and Medicare fraud. They have little to do with medical malpractice arguments, but they have drawn attention to this particular doctor in a very negative way. The Justice Department also contends that the doctor performed “assembly-line medicine” which is neither illegal nor (necessarily) unsafe. However, he is accused of taking on too many surgeries at the same time and injuring patients as a result of that.

The doctor admitted to having an addiction problem in the 80s and has been on suboxone since 2008 for back problems. Suboxone is a painkiller but is often given to individuals who are detoxing from opioid addiction. The judge has blocked some parts of his testimony from becoming public record which has caused a stir among the plaintiffs and the press who want to force the court to make that information public. However, its relevance to the case is unclear since another doctor performed the surgery, so the judge may prevent issues related to suboxone use from becoming a part of the medical malpractice trial. Attorneys for the doctor claim that whistleblowers unlawfully recorded a conversation between the doctor and his prescribing physician and thus should be stricken from the record and sealed.

The problem for the plaintiffs is that they appear to be focused on a doctor who is only tenuously connected to their allegations of medical malpractice. This lawsuit has quickly turned into a trial against a doctor who did not perform the surgery.

Palmer | Lopez represents the interests of those who have been injured by medical doctors. Call our Tampa medical malpractice lawyers today to schedule a free consultation and we can discuss your case in greater detail.