Is the State of Florida Partially to Blame for High Incidents of Medical Malpractice? 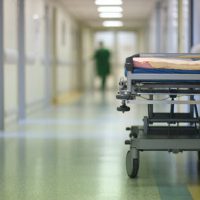 According to a report issued in November of 2017, there were over 24,000 cases of medical malpractice that were settled in the plaintiff’s favor over the last decade. But disciplinary actions were pursued against doctors in only 128 of those cases.

In fact, some doctors have been permitted to continue practicing medicine despite having in excess of a dozen malpractice lawsuits brought against them. Very rarely is a doctor’s medical license ever suspended or revoked. Most settlements occur short of trial and contain confidentiality clauses, otherwise permitting these doctors to keep practicing.

Even more alarming is the fact that some of these bad-apples continue to practice at local area hospitals and their emergency departments. For example, an individual presents to a local major hospital for a routine procedure like an appendectomy or gallbladder removal. The surgeon that is called to perform the surgery may very well, unbeknownst to the individual have a vast claims history against him. There is no requirement that this information be disclosed to the patient.

Critics of Florida’s Department of Health Say System is Broken

Regulations meant to insulate doctors from culpability have gone a long way toward creating the current medical climate. Does the state also share some of the blame when it comes to handing down punishment to doctors who consistently injure patients due to negligence?

Advocates for doctors claim that settlements in favor of plaintiffs do not show a history of negligence and are quick to point out that some cases of surgical error do not rise to the level of medical malpractice. But the fact that there are so many repeat offenders listed as defendants in these cases certainly begs the question: what exactly is Florida’s responsibility toward its citizens?

Florida’s regulatory system that oversees doctors has rarely pushed the process through to the point of having a doctor’s license revoked. In instances of malpractice, cases are often settled quickly and quietly and more often than not, they do not draw major headlines. Victims in these cases have only one recourse and that is to sue in civil court for damages.

Palmer | Lopez of Tampa, Florida has handled several cases in which medical negligence resulted in harm to a patient. If you have been the victim of medical malpractice, contact us at 813-506-5651 and we will begin discussing your case right away.