Israeli Baby Loses a Quarter of His Intestine After Hospital Discharge 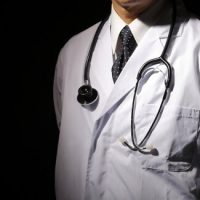 In a case that could set a major precedent in Israeli medical malpractice law, the parents of a young boy have filed a lawsuit after he experienced a medical injury due to a delayed diagnosis.

The incident began in 2016 when the boy’s parents brought him to the hospital. They told the doctors that their son had been vomiting and experiencing worsening diarrhea over several weeks. The doctors ran tests, but the results did not appear to show anything wrong with the boy, so they released him. His symptoms continued to worsen.

Despite the fact that the boy was experiencing pain in his abdominal region, the doctors never looked at the abdomen. Eventually, one doctor acquiesced after the parents persisted, and the doctors discovered that the boy had an infection in his intestine. By the time the doctors recognized the infection, the boy’s intestinal tissue became necrotic (died). The boy required emergency surgery to remove the dead tissue and lost a quarter of his intestine.

Since the doctors at no point looked at the child’s abdomen, which is the prevailing standard of care in such cases, their diagnosis was delayed, resulting in severe, permanent injury to the child.

The child’s quality of life was severely reduced by the hospital’s failure to examine his abdomen. When an infection was detected, it was already too late. The infection had killed much of his intestinal tissue. The baby was forced to remain in the hospital for two years following the emergency surgery. Since he must remain attached to a life-support system for 10 hours a day, Israeli doctors have classified him as 100% disabled. His mother had to quit her job to take care of him and his parents must now sleep in shifts to ensure that one of them is always awake to monitor him throughout the night.

Had this case occurred in Florida, the child’s parents would be entitled to recover damages that result from his round-the-clock medical care. The boy is entitled to recover damages due to his pain and suffering and reduced quality of life. The money would be set aside in a trust to help pay for the boy’s lifelong medical needs. Settlements of such cases in the U.S. have been known to go into 8 figures, sometimes, 9.

If a delayed or missed diagnosis resulted in lifelong complications of your condition, you may be entitled to recover damages from the doctor and hospital where you were treated. Call Palmer | Lopez today to schedule a free consultation and discuss your case with a Tampa medical malpractice lawyer.