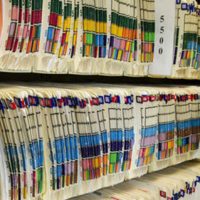 A Conflict of Law

The law, which is now enshrined in the State of Florida Constitution, appears to be at odds with a federal statute that the hospital hopes will shield it from having to turn over a patient’s records to the patient. The federal law in question can be interpreted as prohibiting the hospital from turning over those records under the penalty of a fine. This includes turning over the records to the very patient whose records they belong to.

Attorneys for the Jacksonville hospital are arguing that this federal law supersedes Florida’s own Constitutional amendment.

The federal law, known as the Patient Safety and Quality Improvement Act, offers confidentiality protections for hospitals (and presumably patients too). It allows hospitals to voluntarily submit information concerning patient records concerning medical errors to “patient safety organizations”. This law was passed in 2005 by then-President George W. Bush whose mantra of “junk lawsuits against doctors” was echoed by his brother, then-Governor Jeb Bush. Under Jeb Bush, Florida passed a number of medical malpractice laws that not only capped potential payments in medical malpractice lawsuits but prevented certain victims from having wrongful death actions filed on their behalf.

According to the hospital, it received a request to disclose all adverse medical incident reports related to a specific patient. Under the Florida Constitution, the hospital is required to turn these documents over to the plaintiff’s attorneys. Under the federal law, the hospital’s obligation is less clear. In fact, under PSQIA, disclosing certain relevant records could be interpreted as an actionable violation of federal law for which the hospital can be fined. The hospital, perhaps counterintuitively, is arguing in favor of a federal law that imposes limitations and fines on its actions. However, PSQIA also provides the hospital with a shield against plaintiffs’ requests for certain information which could be used against the hospital in a medical negligence case.

Essentially, this lawsuit has already been decided at the state level. In 2017, the Florida Supreme Court ruled that the federal law does not trump the Florida Constitution. The majority opinion stated that, since the federal law was drafted to improve the quality of patient safety, and not shield providers from liability or disclosure, it could not be invoked for that purpose.

If a federal court decides that PSQIA should supersede the Florida State Constitution, it would rob patients of the right to their own medical records. Whether or not PSQIA can be used in that manner will be an issue for a judge to decide. In cases like this, it is not uncommon for attorneys for a named defendant in a tort claim to file doomed motions to stall the process of litigation.

If you’ve been injured by a medical doctor or hospital, the Tampa medical malpractice attorneys at Palmer | Lopez can help you litigate your claim and recover damages related to your injuries. Talk to us today to set up a free consultation.