Jewish Student Sues After Being Forced To Eat Pepperoni 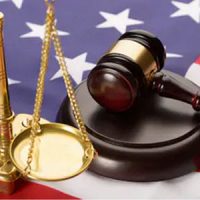 Torts are an interesting branch of the law because they involve “injury”, but not all of those injuries need to be physical injuries. As an example, defamation, libel, and slander are all examples of torts that do not involve physical injury. They involve reputational injury.

Under the First Amendment, all Americans are granted religious freedom. That means that you cannot be forced to abandon your faith or be coerced into doing something that is against your beliefs, so long as it doesn’t violate anyone else’s civil rights in the process.

In this case, a high school football player who missed practice was forced to eat a pepperoni pizza even though his faith prohibited him from eating pork. The pepperoni was a punishment for missing practice. According to the student, the coaches knew he was Jewish and that his faith prohibited him from eating pork. In fact, that is why they administered that particular punishment. Now, they are being sued.

A Constitutional tort is a lawsuit filed by a private citizen against the government. Generally, private individuals or companies can generally not be sued for civil rights violations. If the boy was going to a parochial school, it would thus be nearly impossible to file a claim against the school. However, because the school is a public school in an Ohio school district, the coaches and teachers are government employees. Hence, the school can be held liable for a civil rights violation.

The plaintiff contends that he missed a lifting workout due to a slight shoulder injury. His coaches were upset and ordered him to eat a pepperoni pizza while his teammates lifted heavy weights and carried them around the gym. The plaintiff kicked the pizza box away from him, which was caught on video. The coaches picked the box up and demanded he eat it. The plaintiff reiterated that he does not eat pork or anything with pork residue on it. The coaches agreed to remove the pepperoni, but that did not eliminate the pork residue.

When it became apparent that they needed more leverage, the coaches threatened the boy with expulsion and/or being kicked off the team if he would not comply. Those who were carrying weights around the gym were told they could not stop until the plaintiff finished the pizza. Security footage shows the teammates threatening the plaintiff to eat the pizza more quickly.

The entire incident was caught on video.

If you have been injured due to the negligence or malice of another party, the Tampa personal injury attorneys at Palmer | Lopez will help you file your claim and recover damages related to your injuries. Call today to schedule a free consultation and learn more about how we can help.