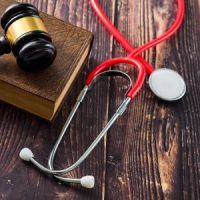 A Maryland appeals court tossed one of the largest medical malpractice verdicts in U.S. history. A jury had sided with the plaintiff to the tune of $205 million. However, a 3-justice panel ruled unanimously in favor of the defendant on the basis that the plaintiff had not established negligence in her lawsuit. The hospital insisted that the mother had disregarded medical advice given to her by her doctors. However, the mother insisted that the doctors had given her the wrong medical advice.

According to the hospital, the mother refused to get a C-section under the direction of her doctors unless her own life was in danger. The doctors appeared to indicate that a C-section was either riskier to the baby, or less risky than delivering the baby naturally, depending on who you believe. What’s true is that a C-section would be less risky to a baby if the mother was having a difficult pregnancy. Children of difficult pregnancies have increased rates of birth defects including cerebral palsy and other conditions.

Who said what to who?

The hospital argues that the mother insisted upon naturally delivering the baby even after they recommended against it several times. The doctors say that they made the plaintiff aware of all the potential risks involved to both her and her child. Nonetheless, the plaintiff’s versions of events are the opposite. In cases like this, where it becomes formally undecidable who said what to who, the court would err on the side of the defendant.

The mother was brought to the hospital with signs of severe preeclampsia. The hospital told the mother (according to the mother) that if they induced labor, the child could be born with severe birth defects. Not wanting to harm her baby, the mother decided against a C-section. The hospital insists that they made the mother aware of all the risks related to that decision, but she was just trying to protect her baby. Eventually, the appeals court determined that the doctors did not breach their standard of care, even after expert witnesses testified that the doctors may have given the mother too many options. There was no finding that the hospital failed to inform the mother of the consequences.

The Tampa medical malpractice lawyers at Palmer | Lopez file lawsuits on behalf of patients injured by medical negligence. Call our office today to schedule a free consultation and learn more about how we can help you recover damages related to your past and future medical expenses, lost wages, and reduced quality of life.