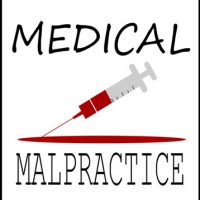 A federal judge ruled against UF Health Jacksonville recently over a dispute involving a patient’s medical records. It was the second such ruling in recent months. UF Health Jacksonville sued to prevent themselves from being forced to turn over a patient’s medical records after a medical malpractice dispute. The battle stems from a constitutional amendment passed in 2004 designed to help those filing medical malpractice lawsuits gain access to their own patient records.

What is the Problem Here?

Florida has a constitutional amendment ensuring patients have access to their medical records. The federal government has a law saying that health care practitioners could be fined for disclosing certain medical records, even at the patient’s request. However, the federal laws are designed to provide confidentiality to the patients not to prevent patients from accessing their own medical records during a medical malpractice lawsuit. Essentially, hospitals are using a law that is on the books to help patients to, instead, help themselves and protect themselves from liability after they’ve been accused of injuring a patient.

The plaintiffs are arguing that UF Health Jacksonville has not and will not be fined for turning over the medical records to the patient who owns them. Nonetheless, they’ve managed to create a major tangle in the law that could cause a case like this to stay in litigation for years. Ultimately, that looks like the best-case-scenario for the defendants who will likely lose their motion because the intent of the federal law is to protect patients and not health care providers.

Since the federal law was passed in 2005, not one health care provider has faced a fine for providing health records to anyone. Nor is it likely that now that a federal judge has ordered UF Jacksonville to turn over the documents that they would be fined for following the state’s orders. In reality, the defendant’s position is somewhat absurd. They are arguing that they should not have to turn over the medical records because the provisions of the federal law appear to impose a fine on them.

However, the law permits these types of absurdities to be worked out. One possible outcome of this case is that the federal law gets reworded to explicitly prevent these types of conflicts in the future.

If you’ve been injured by a negligent medical doctor, call the Tampa medical malpractice attorneys at Palmer | Lopez today to schedule a free consultation. We will go over your case and your injuries and proceed with a lawsuit if we think the case has merit. Call today to learn more about how we can help.